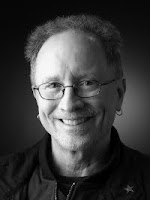 What a fantastic video! This video shows that America is starting to get worried about Russia Today and their interviewing. Bill O’Reilly shows the reject he is and gives substance to Bill Ayers words about what is happening in America.

“Bill O’Reilly is apparently unhappy about me, unhappy that I had something to say but he did not say anything about the content of what I have said. That interview that we did had a lot of content. One of the things we talked about how a country like the United States with less than five per cent of the world’s population can kind of police the world and have a trillion dollar military budget,” Ayers said.

My Grandma use to say: “They only attack those they fear!”
Yup…
Windows to Russia!
comments always welcome.