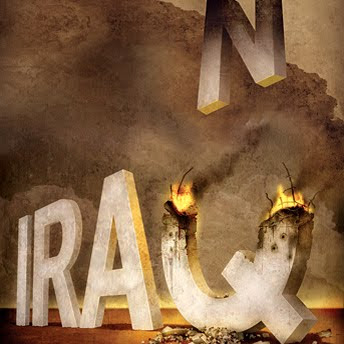 A few weeks ago I was reading about the statements from the British that literally blamed Russia for the Iraq war. I thought about this for a little bit and did some checking around as to why the British would make this statement!

Blair’s ex-foreign policy adviser Sir John Sawers said Russia blocked the “smart sanctions” against Iraq, which the US and British delegations lobbied for in the UN Security Council in 2001. In Sawers’ view, this stance of Russia made the war inevitable.

Now after reading the UN information on this so called “smart sanctions” by America and Britain, I came to a conclusion that you had better get your waders on because the doo doo is really getting deep!

A recent statement by Britain’s former prime minister, Tony Blair, said that he would have gone to war even if he had known that Iraq had no weapons of mass destruction! This makes Mr Sawer’s statement above even more worthless to have even expressed.

So what is this bull about?

It is a semi structured defense being constructed by politicians to try to convince the populaces that they made the right decision to destroy Iraq and lay blame on publicly renowned evil sources.
Russia was literally the only major power support that Iraq had and that was in part due to huge sums of money that was owed to Russia by Iraq. Russia also saw through the cover up being laid out by America and Britain and was the only country that could stand in the way.
Russia probably could not foresee that America would really invade Iraq and destroy all opportunities for Russia to recover that money anyway! (I could have told Russia that America is a Military State and they will invade at the “drop of a hat” any little country.)

So when Russia called America and Britain’s bluff about war. Britain and America did what they had to do to keep face in the confrontation of the “Smart Sanctions” against Iraq. They invaded Iraq and killed a million innocent people…

I have read articles from pre-Iraq invasion days. Our Western Press has not changed in tactics one bit. All you have to do is insert different names in place of Iraq and you have Yemen, Iran, Pakistan, Afghanistan and multiples of other countries that get on the black list all the time.

Hummm… Lets see what was said by Putin back then at the start of the Iraq war:

Only hours after the first American missiles landed on Iraqi territory, Russian President Vladimir Putin made a public declaration, condemning the onset of the US invasion as a “great political error.” (Link)

He got that right…