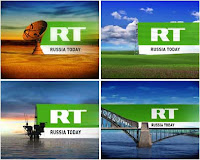 Well Peter has a good article that he just printed-
Blame Russia First | Untimely Thoughts: “This week’s twin suicide bombings on Moscow’s busy metro system shocked all of Russia. Is this a return to the bad old days of the 1990s and early 2000s, which witnessed one terrorist attack after another? Has the Kremlin miscalculated in its own domestic “war on terror” against regional separatists?
Some in Western media appear almost gleeful that the March 29 metro attack occurred. It is as if Russia deserved to be punished for its domestic anti-terror policies initiated by former-President Vladimir Putin, and carried on by his successor Dmitri Medvedev.”
Read More >>>