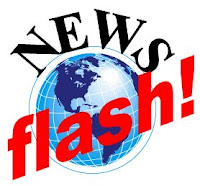 Moscow metro suicide bomber identified: “The female suicide bomber who set off a bomb at Park Kultury metro station on March 29 has been identified, a source of the Russian security service in the North Caucasus Federal District said.

On Monday, March 29 twin blasts at the Lubyanka and Park Kultury stations occurred during the morning rush hour, leaving at least 39 people dead and dozens injured.
‘At the moment only the suicide bomber who set off a bomb at the Park Kultury metro station has been identified. She is a resident of Dagestan’, the source said, adding that, in the interests of the investigation, her name could not be revealed.
Dagestan is an impoverished region of Russia’s volatile North Caucasus.”
Windows to Russia!
➤