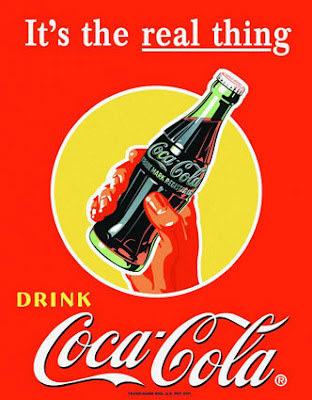 Back in 1992 Coke took some small steps in Russia and showed that they were willing to start small and let it grow. Pepsi was here before Coke was and Coke knew that they had to build a reputation slowly.

The Coca-Cola Company said today that it had formed a joint venture with the city of Moscow to make and sell Coke products in Russia.

Coke is making an initial investment of $12 million in the operation, to be called Coca-Cola Refreshments-Moscow. The venture will focus at first on fountain sales, with distribution through a network of some 2,000 kiosks in the Russian city.

Well 15 years later Coke is calling Russia to be the 5th largest Coke Market in the world in a few years and it seems that Coke will now spend some money and try to finish off its rival Pepsi Cola.

US drinks maker Coca-Cola Co said it would invest $1.2 billion in Russia over the next 3 to 5 years as it bets sales of the carbonated drink will increase during the economic crisis.

“The company can afford to have aggressive positions in Russia,” Coca-Cola’s Russia, Ukraine and Belarussian head Zoran Vucinic told a news conference on Wednesday. “The market of non-alcoholic beverages is growing during (the) crisis and we want to continue investing in the Russian market.”

It seems that even though the market in the USA has dropped around 3-4% in sales for Coke they are saying that the International market has had continued growth. The market in Russia seems to have grown slightly during the financial crises.

I myself can say that Coke and Pepsi products have dropped in price over the last few months. I just bought a can of Diet Coke for 14 roubles and that is down from almost 20 roubles a few months ago.