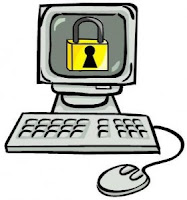 While we had allot of fun getting cell phones this Sunday! Most of the weekend was spent deep into the night trying to save our blog data. We had a two fold problem.
One issue is that Google has now blocked even more access to our information that is held on all the Google programs such as Blogger etc etc etc. Second issue was that we got a virus in the server of our hosting for certain blogs of ours.
The first issue I have been just a second in time ahead of Google and got finally downloaded 90% of our information in the blogs that we still have access too. But because I was trying to get ahead of Google and the information shutdown by their system, I became sloppy and let a virus into my server. Damn…
Svet and I saw this coming with Google and we have weathered several times before, issues with Russian sites and Google. This time after we lost an unbelievable amount of data and even had ourself locked out of our e-mail with Google. We decided that waiting any longer was going to reap a loss of more data… (We were right)
Svet and I spent several sleepless days and nights transferring and backing up all data to our own hosting and a special computer for our own storage now. We now have set up an old lap top that is running off of linux and only will be used to enter our server from now on.
We had a WordPress php virus that decimated our programs in our sever and that gave me another reason why I dislike WordPress. We still have some blogs on Blogger but all data is now secured and within a short frame span we can be back on line with minimal loss of time and data.
Svet and I are in the process of even creating our own hosting server and not rely on any outside source except our IP. The idea is to become almost totally self sufficient… (Ultimately self sufficient)
I have expressed this before and will express it again. As much as I have loved Blogger and Google, I realize that the control of the internet is changing and internet freedom is starting to be affected. Blogger and Google became to easy to allow them to have control and now we suffered from that control…
This is some of the story that explains why we have switched domains and done so many other adjustments that have hurt the rankings of our blogs. We saw the writing on the wall so to speak. We had to change things or else watch everything ultimately be blocked. We have heard of many people that have lost all their research for their University degrees and other research projects. If you read the Google TOS you will realize that Google owns what you store with them and nothing you can do will get it back. We have several blogs that have been blocked for 2 weeks now and last night Svet discovered that she has lost access to another account that she use to be able to freely access.
Looks like our data loss in in the thousand range of articles and that just is not right!
Windows to Russia!
PS: How was your weekend! Ours was fun…