We Shopped For Cell Phones This Weekend! 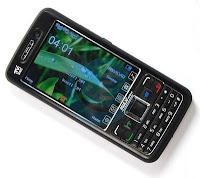 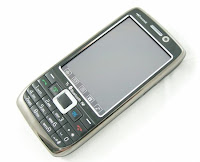 It has been a few days since I posted. We have been busy and had several things to accomplish this weekend. Svet and I got them all done and we are very pleased with the results…

One thing that we needed to do was replace the cellphone that got destroyed last week during the truck trying to run over me. That meant a trip to downtown Moscow on Sunday to get the best price. 🙂

I rely on a camera phone to bring you many of the pictures that are posted on Russian Photo Blog and Windows to Russia.

I had spent way too much money on the last phone and the accident broke it in half. I decided this time to look at Chinese Phones and try one of those variants out. Svet and I wandered to a huge market that has hundreds of cell phone shops and spent a few hours browsing the merchandise. After a while it became apparent that you had four ways to go when buying a cell phone in Russia. First way was to go to a big store and pay a fortune for the phone. Second was to buy name brand at the cell phone market and pay about the same or less as the big store. Third was to buy a used cell phone at same cell phone market. Or fourth was to shop what Svet calls the grey phones at same cell phone market. (Chinese knockoffs that run less than a quarter of the cost of the real thing…)

Yes there is a fifth way and that is to buy from some guys car on the side of the road, a hot stolen cell phone! Or even a sixth way take one from your friend or not friend and do not give it back. 🙂 (Nope not for me…)

So after eating at a wonderful little cafe and talking about what we were going to do. We decided on two little gems from the “grey models” that are fantastic phones. We got two phones with analog TV built in and the TV works great. The first phone is a Nokia TVC1000 and the second phone is a Nokia E71+. Svet needed a new phone and we had decided that since the price of two phones would be much less than half of one from the big stores we got her a phone also.

But Don’t let the Nokia part fool you. Nokia does not even know these phones exist according to their website. These phones are marked made in Finland and Finland has no idea that they make these phones. 🙂 I peeled off the made in Finland sticker inside the battery compartment and found made in China under that sticker.

So what did we get for a couple thousand rubles each?

The phones are considered identical in specs but they are not identical in real life. So after we set the phones up according to our personal likes and dislikes. We found that we had to trade phones!

Originally I had the phone on the picture on the left. (TVC1000) it was much lighter in weight and had an auto lock keyboard. The TV was also a much higher quality device. Svet’s phone (E71+) had a manual keypad lock and a better camera. So we switched and now are both happy. 🙂

Next post is the unhappy part of the weekend…