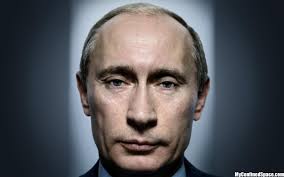 Instead of embracing Russian President Vladimir Putin’s proposal to save Washington from another disastrous war—his plan would put Syria’s chemical weapons under international control and destroy them—influential segments of the American political-media establishment are bent on discrediting him and thus in effect the alternative to war he represents. Still worse, purportedly liberal and progressive voices are playing a full-throated role in this mindless denigration of Putin, notably on CNN [1] and MSNBC [2].

They seem indifferent to what is at stake, especially now when the Obama administration should be an eager full partner in the Putin option. Even a “limited” US military strike against the Syrian regime would almost certainly kill still more innocent people without eliminating Assad’s chemical weapons capacity; again incite Muslim and Arab passions against America; make negotiations on Syria’s murderous civil war even more difficult; undercut Iran’s recently elected moderate president; establish yet another US precedent of unsanctioned unilateral war; provoke other weak states to redouble their efforts to acquire nuclear weapons in order to prevent such an American attack; further diminish the UN as a peacemaking alternative; and worsen the perilous drift toward renewed cold war between Washington and Moscow.

Nonetheless, Putin-bashing on the right and the left, featuring mostly irrelevant, baseless or hyperbolic allegations about his political record, continues unabated with scarcely any countervailing voices in the mainstream media. It ranges from characterizing Putin as “a KGB thug [3]” whose policies at home are akin to those of Saddam, Stalin and Hitler to claiming that his entire foreign policy, past and present, consists of the “restoration of the Russian empire [4]” and “poking America in the eye [5].” (Do these commentators know that Putin did more to assist the US ground war in Afghanistan after 9/11 than did any other head of state and continues to facilitate the supplying of American and NATO forces still fighting there? That he backed harsher sanctions against Iran’s nuclear ambitions and refused to sell Teheran a highly effective air-defense system? Or that his agencies shared with Washington counter-terrorism information that might have prevented the Boston bombings in April.)

There are other Putinophobic follies—in addition to mocking a photo of him bare-chested on horseback and alleging that he stole a NFL championship ring [6]—most of them trivial, preposterous and self-debasing. A Democratic senior senator tells CNN he “almost wanted to vomit” when he read Putin’s New York Times op-ed explaining his peace proposal. Republican John McCain was equally contemptuous of the article, dismissing it as “Orwellian [7]” and Putin as a “mammoth ego [8].” And a liberal magazine’s Russia expert assured viewers that Putin really doesn’t care what happens in Syria, only about his own self-aggrandizement, and, anyway, most of his supporters at home are “chubby women over fifty [9]”—this to the appreciative chuckles of the other chic women on the CNN panel. (So much for senatorial statesmanship and respect for older women.)

None of this is new, but it is now an imminent threat to essential interests of the United States and the entire international community. More than a year ago, I published a short article warning against the US media’s relentless “demonetization of Putin,” detailing the lack of facts or logic. I pointed out that “this ritualistic Putin-bashing” comes “at a time when US national security requires long-term cooperation with Moscow on vital fronts” and “makes rational US policy-making all the more difficult.” Because this is even truer today, that article is re-posted below.

Stop the Pointless Demonization of Putin

American media coverage of Vladimir Putin, who today began his third term as Russia’s president and 13th year as its leader, has so demonized him that the result may be to endanger U.S. national security. For nearly 10 years, mainstream press reporting, editorials and op-ed articles have increasingly portrayed Putin as a czar-like “autocrat,” [12] or alternatively a “KGB thug,” who imposed a “rollback of democratic reforms” under way in Russia when he succeeded Boris Yeltsin as president in 2000. He installed instead “venal regime [13]” that has permitted “corruptionism, [14] encouraged the assassination of a “growing number” of journalists and carried out the “killing of political opponents.” Not infrequently, Putin is compared to Saddam Hussein and even Stalin.

Well-informed opinions, in the West and in Russia, differ considerably as to the pluses and minuses of Putin’s leadership over the years—my own evaluation is somewhere in the middle—but there is no evidence that any of these allegations against him are true, or at least entirely true. Most seem to have originated with Putin’s personal enemies, particularly Yeltsin-era oligarchs who found themselves in foreign exile as a result of his policies—or, in the case of Mikhail Khodorkovsky, in prison. Nonetheless, U.S. media, with little investigation of their own, have woven the allegations into a near-consensus narrative of “Putin’s Russia.”

Even the epithet commonly applied to Putin is incorrect. The dictionary and political science definition of “autocrat” is a ruler with absolute power, and Putin has hardly been that. There are many examples of his need to mediate, sometimes unsuccessfully, among powerful groups in the ruling political establishment and of his policies being thwarted by Moscow and regional bureaucracies. Moreover, if Putin really were a “cold-blooded, ruthless” autocrat, tens of thousands of protesters would not have appeared in Moscow streets, not far from the Kremlin, following the December presidential election. Nor would they have been officially sanctioned—as were the thousands who gathered yesterday before a small group breached the sanctioned lines and violence ensued—or shown on state television.

But consider the largest, and historically most damning, accusation against Putin. Russian democratization began in Soviet Russia, under Mikhail Gorbachev, in 1989-91. “De-democratization,” as it is often called, began not under Putin but under Yeltsin, in the period from 1993 to 1996, when the first Russian president used armed force to destroy a popularly elected parliament; enacted a super-presidential constitution; “privatized” the former Soviet state’s richest assets on behalf of a small group of rapacious insiders; turned the national media over to that emerging financial oligarchy; launched a murderous war in the breakaway province of Chechnya; and rigged his own re-election. (On February 20, outgoing president Dmitri Medvedev shocked a small group of visitors by finally admitting that Yeltsin had not actually won that election against the Communist leader Gennadi Zyuganov.) Putin may have only moderated those fateful policies, but he certainly did not initiate them.

The catastrophic Yeltsin 1990s, which have been largely deleted from the U.S. media narrative, also put other anti-Putin allegations in a different perspective. The corruption rampant in Russia today, from seizures of major private investments to bribes demanded by officials, is a direct outgrowth of the violent and other illicit measures that accompanied “privatization” under Yeltsin. It was then that the “swindlers and thieves” denounced by today’s opposition actually emerged.

The shadowy practices of that still-only-partially reformed economic system, not Kremlin politics, has led to the assassination of so many Russian journalists, most of them investigative reporters. The numbers, rarely cited by era, are indicative. According to the American Committee to Protect Journalists, 77 Russian journalists have been murdered since 1992—41 during Yeltsin’s 8 years in power, 36 during Putin’s twelve years.

The exceptionally vilifying charge that Putin has been behind the killing of political opponents focuses mainly on two victims—the investigative journalist Anna Politkovskaya, who was shot to death in Moscow in 2006; and a reputed KGB defector, Aleksandr Litvinenko, who died of radiation poisoning in London, also in 2006.

Not a shred of evidence or an element of logic points to Putin in either case. The editors of Politkovskaya’s newspaper, the devoutly anti-Putin Novaya Gazeta, believe her killing was ordered by Chechen leaders, whose human-rights abuses were one of her special subjects. And there is no conclusive proof even as to whether Litvinenko’s poisoning, despite the media frenzy and rupture in British-Russian relations it caused, was intentional or accidental. (Significantly, Scotland Yard still has not released the necessary autopsy report.)

In other circumstances, all of this ritualistic Putin-bashing would be merely a cautionary example of media malpractice, an anti-textbook for journalism schools. But it has made Putin’s Russia toxic in Washington, in both political parties and especially in Congress, at a time when U.S. national security requires long-term cooperation with Moscow on vital fronts: from countries and regions such as Afghanistan, North Korea, Iran and the entire Middle East to issues such as nuclear weapons reduction, stopping nuclear proliferation, and preventing terrorism.

In all of these regards, the relentless demonizing of Putin makes rational U.S. policymaking all the more difficult. Mitt Romney’s recent assertions that Russia is America’s “number one geopolitical foe” and that Moscow has made no “meaningful concessions” seem to reflect widespread ignorance or amnesia. Are U.S. policymakers aware of Putin’s extraordinary assistance to the U.S. war effort in Afghanistan after 9/11, his crucial help in supplying NATO troops now there or his support for harsher sanctions against Iran? Do they know that for these and other “pro-American” concessions he is viewed by many Russian national security officials as an “appeaser?”

Many years ago, Will Rogers quipped: “Russia is a country that no matter what you say about it, it’s true.” Evidently, it is still true, but it’s no longer funny.

Stephen F. Cohen is Professor Emeritus of Russian Studies and Politics at New York University and Princeton University. His recent book, Soviet Fates and Lost Alternatives: From Stalinism to the New Cold War [15], is out in paperback (Columbia University Press).