Did Batman Steal the Soviet GRU Symbol? (Or is Batman a GRU Agent?) 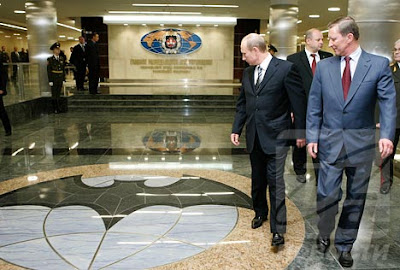 The big news in Russia today is: “MOSCOW, April 24 (RIA Novosti) – The chief of Russia’s military intelligence (GRU), Gen. Valentin Korabelnikov, has been relieved of his post by President Dmitry Medvedev, the Kremlin press service said on Friday. Link) 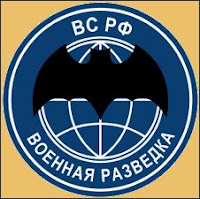 Now normally I do not really worry about issues like this because Medvedev knows what he is doing. But I have to bring this up because of the emblem for the GRU organization.

I grew up with Batman and he was an important part of my younger years as well as my older years. So when I saw this official symbol of the GRU.

The GRU is Russia’s largest intelligence agency. It gathers human intelligence through military attaches and foreign agents. According to some sources, GRU has six times as many agents in foreign countries as the SVR, which is the KGB’s foreign intelligence successor. It also maintains significant signals intelligence and imagery reconnaissance and satellite imagery capabilities.

The GRU was created on October 21, 1918. This date leads me to look and see when Batman was created…

Batman was created by Bob Kane in 1939 as a comic book hero: 21 years later – Which leads me to who was first?

I can not find anything on an original GRU symbol except that the one I show has always been in effect since 1918. This symbol is embedded in all their buildings and tile work.

If that is true? Why would you want to backdrop a “Rich American, Capitalist Type” character like Bruce Wayne with a symbol of Lenin’s Russia? Interesting twist of the past.

Batman works for the GRU in Russia! That is cool. 🙂