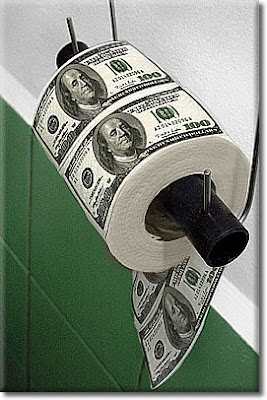 Just some news off the wire, Russian stock market is being affected by this also. Looks like the world is losing a lot of faith in the American Dollar! Russian stocks down about 7 % today.
=================================
LONDON (Reuters) – World stocks nosedived and demand for safe-haven bonds and currencies soared on Monday as fears gripped investors that a deteriorating U.S. economy would drag others down with it.

The losses on the blue-chip stock indexes of Germany, Britain and France alone amounted to more than $350 billion, or roughly the size of the combined economies of New Zealand, Hungary and Singapore.

MSCI’s main world stock index, a benchmark gauge of stock markets globally, sank 3.3 percent, falling below its 2007 bottom to lows last seen in December 2006 and taking it down more than 12 percent so far this year.

Its emerging market equities counterpart lost more than 5.5 percent. Meanwhile, the spread between emerging market bond yields and U.S. Treasury yields, a key gauge of risk appetite, was just off its widest in two years.

“Weak global economic data, poor corporate data, increasing fears about the possibility of a recession … have left investors drowning in a sea of red,” said Henk Potts, equity strategist at Barclays Stockbrokers.
=================================
I hear rumor that England is having to back the banks with a lot of their Nations money??
I also hear that Bush is asking countries for help and to still believe in America??

This is not something I am proud of & wish that America would have dealt with her problems years ago. I was in the business of making money for companies all my working career! This was a problem that has been in the works for many years. Now it is a problem for the world!

Do you think that there is a replacement Dollar in the works?

America is going to have to bite the bullet on this one!