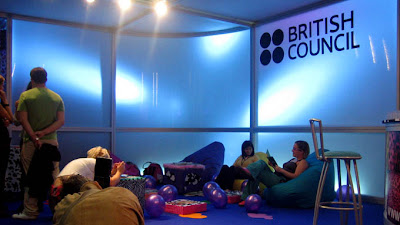 Looks like: cultural and educational?
The Russian Foreign Ministry stated Friday that the British Council’s regional offices might be allowed to reopen if Britain resumed cooperation with the Federal Security Service and expressed a willingness to ease visa rules for Russians. It was this lack of cooperation in the first place that expelled Britain!

Britain refused to hold talks to simplify the visa regime and stopped cooperating! After Britain became stubborn, the conditions had to be recreated for the resumption of talks.

Britain may not be ready to resume cooperation, there seems to be a list of 34 Russian diplomats who may face expulsion from Britain. The group includes Alexander Sternik, head of the Russian Embassy’s political section, and Andrei Pritsepov, aide to the ambassador, & Britain still makes public statements that Russia is to blame for the all the issues! (Seems childish)

While all these issues are flying around; The Britain council’s Moscow office remains open. Seems that the Moscow Britain office knows how to be nice and give the local government what they want?

A statement from Britain was issued, “The standoff was harming the Russian people but not Britain.” also stated, “We concluded that the only victim in this issue appears to be the people of Russia.” also said. “Sharing our cultural and educational technologies benefits Russians and not Britons. Thus it is only Russia that is losing.” also said, “British newspapers are warning Russia of possible repercussions!”

Is Britain really serious about this? (What makes Britain so special?)

America once had to get tough with the British! Looks like Russia needs to put them in their place also!

Now I see the root of the Visa issues in Russia, We can all thank, British Government!