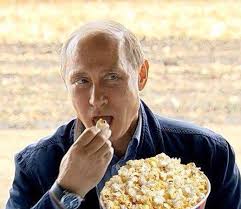 WASHINGTON, January 9. /TASS/. Russian citizens are not among those detained or injured in the January 6 riots outside the US Congress, the Russian embassy in the US said in a statement on Facebook on Friday. “The Russian Embassy in the United States is closely monitoring the situation in connection with the state of affairs in the capital district. They asked the State Department for the presence of Russians among the detainees or victims. So far, no such facts have been identified,”

Source: No Russians among detained for storming US Capitol – Russian embassy in US – Russian Politics & Diplomacy – TASS

Well there is that good news…