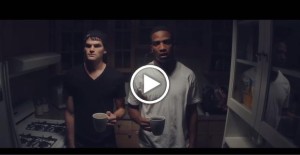 Every once in awhile I find someone or someones that make me smile. This video is one of many videos that are done by the JulianSmith.tv…

Try it you may like it: “Don’t Drink That Racist Coffee!”

This world’s humongous
So many coffee drinks among us
Like Cappuccinos, Macchiatos, my favorite Americanos
Who cares about your whereabouts
East or West, North or South
Just shut your mouth – now open it
You’ll enjoy it – we’re hoping at least