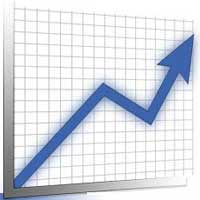 On the news today in Russia: Putin once again fails to heed the “doom sayers” of Russia and he has released news that starts the New Years off right…

Mr Putin also said, “That for the past five years the number of deaths had declined, while births had risen.”

Putin also said, “Statistics would be released shortly would show life-expectancy has almost reached the age of 69.”

Health Minister Tatyana Golikova chimed in and said, The first month of population growth in 15 years came in August this year, when the birth rate increased by 1,000.

So – no matter what the “doom sayers” say and how the “we hate Russia groups” tell it. It looks like their wishes that all Russians would just fade away, are not going to happen. I have laughed my head off at the “extent and detail” of news articles and blogs – telling of how the Russian population decline, will be the end of Russia!

You see I live in Russia and travel Russia on a regular bases. The playground at our flats are full of children and when you travel through many small / medium Russian villages it is not the animals that you have to watch out for! It is the children on bikes playing…

I had a rough time believing that Russia was doomed to eternity of negative population growth. There are just too many baby carriages that I have to dodge while walking everyday!

Putin is just saving all the good news for the end of the year. Smart thing to do…