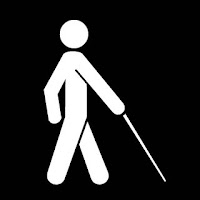 In the Soviet era it seems that towns were built for specific purposes. Example is this town called Ermolino, which is 80 kilometers away from Moscow. Is a town built only for blind people.

It was an ambitious project, the city for 40,000 people, where the blind would have their own recreational, educational and rehabilitation centers, is now just a few dozen houses and a factory with one fifth of its initial workforce. The collapse of the Soviet Empire was a death sentence to this town and many others like it, all over the former Soviet Union.