From Russia: Press Conference by Putin on Ukraine Blackmail Over Gas! 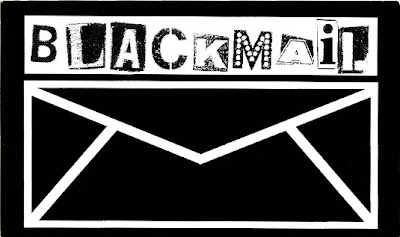 Vladimir Putin: Russia, and the Soviet Union before, has been cooperating with Europe

in the gas sphere for decades. The gas transportation system from the former USSR to Western Europe was built in the 1970s. All this time Russian gas companies have been fulfilling their contract obligations on time and without interruption. This happened even during the Cold War and the Cold War crisis. The Soviet and then Russian companies have never allowed a single breakdown. But after the breakup of the Soviet Union some failures took place. It was connected with the emergence of new transit countries, and this is clear to everyone.

I’d like to draw your attention to the fact that during these years Ukraine for example was getting gas much cheaper than market prices. While we were supplying Western Europe with gas for $100, $150, $200 per 1,000 cubic meters, Ukraine received it for $40-50 per 1,000 cubic meters. Thus the Russian Federation has subsidized the Ukrainian economy just in the gas sphere to the tune of about $47 billion. In general, subsidies to former USSR republics in the gas sphere amount to $75 billion. I think you’ll agree that these are huge subsidies and no country would subsidies its partners in such a way.

During the whole of 2008 Gazprom has tried to settle the situation with Ukraine’s gas debt and has given full assistance to its partners in seeking solutions for paying off this debt. A little later I’ll tell you what additional offers we made. In the course of negotiations about the conditions of cooperation in 2009, Gazprom made a series of compromise offers to the Ukrainian side. I would like to draw your attention to the following fact. In previous years we’ve been buying gas ourselves in Middle-Asian countries – in Turkmenistan, Kazakhstan and Uzbekistan. We transited this gas through our territory and sold it to Ukraine. That gas was quite a cheap resource. Of course this caused some negative reaction from our Middle Asian partners. To tell you the truth, so far we’ve managed to buy cheap gas there, but from this year it has become impossible. Middle Asian countries have transferred to European pricing in relations with Russia.

I don’t know if it is a commercial secret, but I’ll tell you: it differs in different countries, but the average price of Middle Asian gas for Russia this year is $340 per 1,000 cubic meters. If we calculate the price of gas transport to the Ukrainian border, it’ll be $375 per 1,000 cubic meters. Nevertheless, Gazprom made an extremely favorable offer to its Ukrainian partners. It’s awkward to reveal this price, but I’ll do it as well: $250 per 1,000 cubic meters. It is awkward because consumers in Russia may ask us: why? But Gazprom did it. And what do you think? This offer was turned down, and by the order of President Yushchenko. On January 31 the Ukrainian delegation stopped negotiations and left Moscow.

By the way, on December 30, despite their previous statements about a lack of money to pay off their debt, Ukraine transferred $1,5 billion, but it still owed $614 million for the gas supplied in December. The delegation of Ukraine’s Naftogaz left the negotiations in the evening of January 30 despite the favorable offers we made concerning the price of gas for Ukrainian customers, and that very day they sent Gazprom a notification which said that they were not ready to provide gas transit to Europe.

I have a copy of that written notification. What does it mean? It means that unfortunately from the very beginning our Ukrainian partners were going to blackmail us, and this blackmailing concerned a possible blockade of our gas supplies to European consumers. Of course not having a contract on gas supplies to Ukraine itself by 10:00 of 1 January 2009 Gazprom was forced to stop gas supplies to consumers in Ukraine.

On 2 January “Ukraine’s Naftogaz” officially declared – and we have this document as well – that it was starting to extract 21 million cubic meters of gas from the transit supplies allegedly for technological needs. At the same time the existing contract says that Ukraine must provide the transit system with technological gas from its own reserves. Because of unsanctioned gas extraction Gazprom increased gas supplies to Europe via other countries, in particular via Poland and Belarus, via the “Blue Stream” gas pipeline through Turkey. Gazprom also started to use the gas it had in European gas storage and to buy gas on the free market with its own money to fulfill its contract obligations to its European partners.

We asked our partners to stop stealing and make up for the illegally taken amount. No reaction whatsoever. That’s why we had to cut down the supply by the amount stolen on the territory of Ukraine.

By the way, from 1st to 6th of January, the volume of illegally siphoned gas reached 86 million cubic meters. On the morning of January 6, Ukraine completely stopped gas transit to the Balkans. It was not going in the Balkans direction only. Other customers received gas. Ukraine was still doing the transit.

Statements that Russia halted the gas supply are ridiculous. Then, where did that gas going through the Gas-Transport System, received by other customers, come from? On January 6, in the morning, the following countries stopped receiving any gas at all – Hungary, Bulgaria, Turkey, Greece, Serbia, Slovenia, Slovakia and Romania. Moreover, there was a major decrease in gas supply to France, Austria and Germany. Unfortunately, it didn’t stop there, as you know. At about 7am on January 7, Ukraine closed the last, fourth gas pipe, which carried the transit gas to Europe.

That day, Naftogaz Ukraine changed the work mode of its Gas-Transport System and directed all the Russian gas it received to be used for its own purposes. We had a technical malfunction after what happened on the Ukrainian territory. But afterwards, Russia resumed gas supply into the Gas-Transport System of Ukraine. I have a report here with me, the result of the gas-meter reading inspection made by an independent international organization SGS. You are welcome to look through it as well.

It says here that the work operations after the malfunction were resumed at 12.10. And when we saw that no amount of gas whatsoever was leaving the Ukrainian territory and going to Western Europe, at 17.40 we completely stopped the gas supply to Ukraine, which is also reflected in the report of this independent organization. The pipe was out of operation at 17.40.

As for the gas transit contract: I’ve already mentioned that it was signed in 2006. The additional agreement to it was signed in April 2007. It is valid until December 31, 2010, and is subject to Swedish legislation. Any disagreement should be taken to the arbitration court in Stockholm. In line with this contract, Gazprom has filed a lawsuit to the arbitration court in Stockholm and is requesting that the court issues a freezing order to forbid any actions by Naftogaz Ukraine aimed at reduction of Russian gas transit to Europe in as short a time as possible.

But unfortunately this trial means nothing to our Ukrainian partners, despite the signed documents. Having violated all obligations and international norms they went to the Kiev Economic Court, and this court prohibited the transit of Russian gas through Ukrainian territory. If they keep acting in such a “civilized” way, the order will never be restored.

I think that the current Ukrainian government is incapable of organizing normal transparent functioning of Ukraine’s economy on a market principles basis. Moreover, their actions damage the prestige of the country and the Ukrainian people. This proves once again that we are witnessing political collapse in Ukraine and unfortunately it proves a high degree of corruption in the government.

I’m looking through West European and North American media, and I’m sorry, I can’t find there an objective picture of what’s taking place. It’s just not there. I’m convinced all of you sitting at this table understand perfectly well what I’m saying. I don’t know what you’re going to write. I don’t know what instructions your bosses will give you. There must be some instructions, obviously, but the picture is far from objective. “Russia Shut Off Supplies”! We didn’t shut off anything! Our gas cannot make it through Ukraine’s territory. Ukraine is not honoring its transit responsibilities, even though it has ratified the Energy Charter. Even though it has signed a transit contract. It refuses to fulfill its obligations, period. It doesn’t want to pay for gas. (Link)