This is not the first time that I have mentioned about drivers using the sidewalks as roads. This is common in Russia. These pictures are from my trip in Ukraine but believe me they drive the same in Russia.

The first picture is really a sidewalk. This is a common sight all over Kiev or Moscow. The cars are parked everywhere that you can walk. The next pictures will show you why they leave enough room to drive. 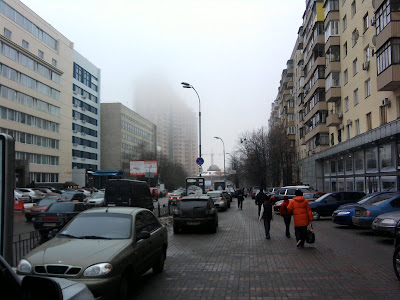 The second picture shows that the sidewalk is not for people to walk on, it is for cars to bypass traffic with. This taxi was honking his horn and flashing his lights to get people to move out of his way. 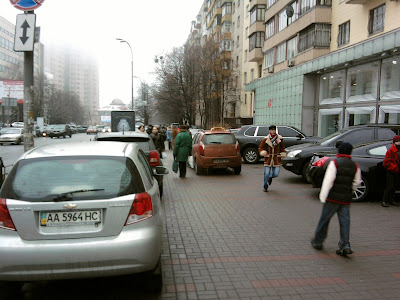 I stood over to the side of everything because I wanted to get pictures. So as I stood there the traffic became heavy on the sidewalk. The gray SUV that you see in the people is trying to back up because another car is ramming its way down the sidewalk. 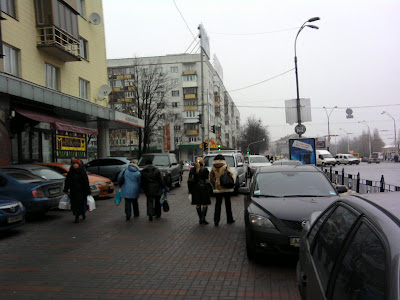 Next here comes the car that has been honking and weaving amongst the people making the SUV back up. 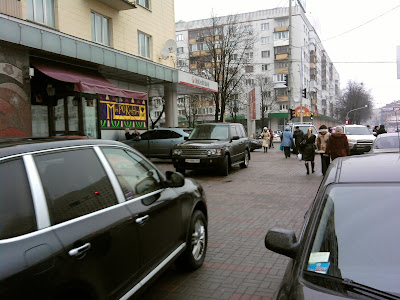 So as the people stand waiting to cross the road the two cars line up with the people and wait for the crosswalk to change. 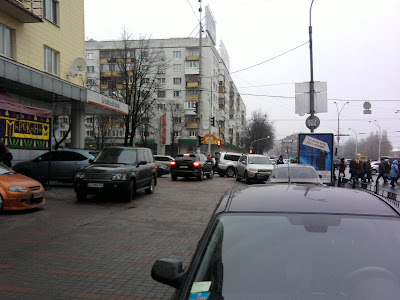 This next picture I threw into the pile because (Also same intersection) – This driver was going crazy honking his horn and flashing his lights. The people had a green arrow cross walk but he wanted to kill a few Ukraine’s before lunch and decided to force his way through the people crossing the road. Mind you they had the green and he was illegal. If you expand the picture you will see one guy looking at the car. That car had just bumped him while it was trying to force its way through the people. 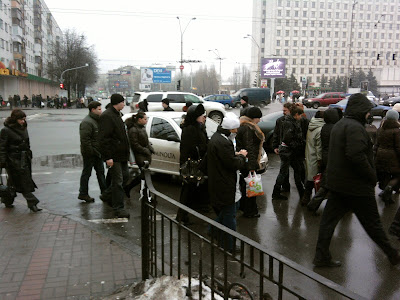 I just thought that I would pass these pictures on. I am so glad I got my camera phone…