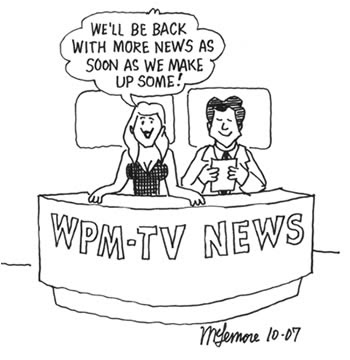 Last week the news was how the housing markets were looking much better. This week the housing markets took a sudden drop and surprised the experts.
Last week Obama was slapped in the face with a major defeat for the Democratic party. This week Obama is sliding back to the center and getting tough. (Lions, Tigers and Elephants – Oh My!)
The Health Bill will save America and now the Health Bill is all but dead in the water! (They sure got quiet about the bill!)
Last week Obama was fighting for the Health Bill and this week he has gone into campaign mode.
The Democrats and the Republicans are like two, 2 year old’s in a room with only one toy to play with and they both want the toy.
Years ago, I use to be a hardcore Republican but I would not align myself with either the Democratic or Republican party anymore. They both suck…
The news tells us how broke America is and (she is). She is more in debt than anything or anyone or any country, in the past or present, has ever been in the worlds known history.
But then the news tells us about all the money being spent all over the world and a military budget that is larger than the rest of the world put together. Then we are told that said military budget was increased $100,000,000,000 dollars this year (2009) over last year (2008).
The news last week also tells us that the Taliban is weakening and hurting, but now this week America and NATO are trying to figure can they buy the Taliban off. This week the war is considered non winnable …
Now Obama wants to put on a spending freeze. That is great but he is going to have to do more than freeze spending because the budget is so far over that a freeze is still trillions in debt. We need to trim a couple of trillion of the budget. Oops that means freebies are over…
Now we find out that Russia will be selling weapons to NATO countries. Isn’t that just ducky? Russia just keeps playing chess and America plays checkers! So now we know why Russia has smiled at NATO this year. (Money makes the world go around!)
Lets take a glance at this tidbit of information:

We believe the Treasury Department is in desperate demand for investors to buy Treasuries. After many years the world has finally awakened to the fact that the US is broke and has been for a long time. Now fewer and fewer investors consider Treasuries as a safe haven. Who in their right mind would buy a Treasury bill with a negative or zero return? We would guess because the buyer perceives them to be safe, perhaps willing to lose some 7% to 8% to inflation. These sales are averaging $50 billion weekly. As the buyers dry up and in order to avoid Fed purchase and monetization, government is eyeing your retirement investments to be the source of their new annuity scheme. (Link)

Do you realize that the USA is buying her own Treasuries? (If you did that yourself you would be in big trouble…)

I have a hundred friends in America and 75% of them have lost their jobs or at least one of their jobs. Most people I knew had to work several jobs to make it. Many are lucky to have kept one of the several that they have. This is part of the unemployment that you do not see.
I guess I will shut up now because I will most likely say things that really irritate me.
Like: The new plan of Obama’s entails freezing $447B of discretionary domestic spending, which is only about 1/6 of the budget. The freeze would NOT include military, foreign aid, national security and mandatory-spending programs such as Social Security and Medicare.
Wake Up People!
Windows to Russia!
comments always welcome.
PS: Now take what I just said and apply it to your country. All countries are in the same boat to some degree or so…