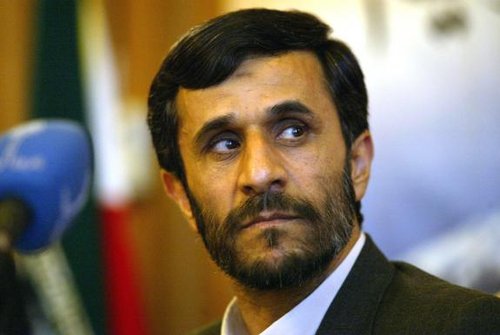 Looks like when Obama snubbed Saakashvili (President of Georgia) in America here recently. By not even acknowledging that he was there. Saakashvili got a little bit upset. But instead of throwing a scene, which would do him no good, he went home seemingly OK with everything.

Now you may ask what and who gives a crud about Saakashvili?

No one normally – but over the last few days – something happened…

What has happened: Tbilisi and Tehran abolishing visa barriers, presenting new opportunities for mutual investments, solving gas issues? Even Mahmoud Ahmadinejad – the fiercest critic of US – is planning to pay a visit to Georgia that only recently stopped being considered as a potential base for US blows on Iran? Experts are completely at a loss. It is believed in Georgia that this is Mikheil Saakashvili’s attempt to provoke jealousy of alienating Americans who abandoned Georgia in exchange for sanctions against Tehran. At home Barack Obama is criticized for weakness. In Britain his actions are viewed as steps toward a multipolar world. Russian media suspect that via Georgia Iran is setting up contacts with the USA to spike Russia.

All of a sudden Georgia became a priority item in Iran’s policies as directly stated by Iran’s deputy FM Ramin Mehmand Farasti on his visit to Tbilisi.

Now isn’t life just a bowl of cherries with pits included? Looks like Iran knows how to play chess…

PS: We will be keeping an eye on these developments.