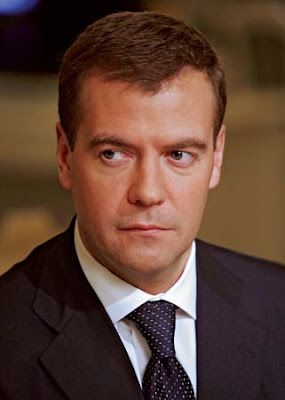 Today is a special day in Russia:

Today is unique & historic for Russia it will be for the first time that an incumbent President will hand over the authority to a new national leader while still in office. Boris Yeltsin resigned as President before the end of his term.