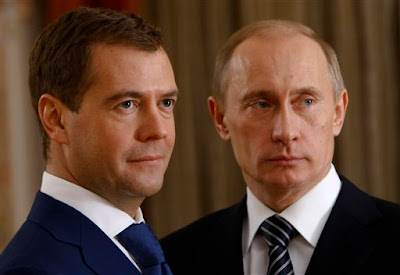 “My words of gratitude are addressed not only to those present here today, but also to those of our colleagues in the Administration and in the Government who are absent today, but worked with us in different periods of time and contributed to the revival of the Russian economy, social sphere, and the strengthening of our state’s defense.” Stated Putin.

Putin also said:“The cooperation between the Administration of the President and the Government will become closer, authorities must function as a single tuned mechanism.”
——————————————————————–

Wednesday May 7th, 2008: Medvedev will be sworn in as Russia’s new President.

I see big plans on the horizon…..