Facebook illegally blocked me several times. Then that started a bunch of more blocking of legit accounts and legit thoughts and ideas….Now, Facebook has been caught with its true colors flying….well actually because the Democrats lost the presidency, what was okay under an Obama win is now a bad bad thingy…

I love when liberals feed on other liberals! It shows the nature of the beast… 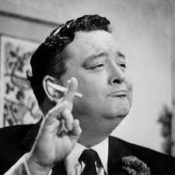 Advertisers threatened to abandon Facebook last night as Mark Zuckerberg apologized for the Cambridge Analytica scandal and admitted that the company made mistakes.

Mark Zuckerberg, co-founder and chief executive of the US technology giant, broke his silence to head off a revolt among users and financial backers. He described the incident as a “major breach of trust” and said he was open to further regulation of the website.

Fourth Time over the years, Facebook decided I was bad!

I very much hope that Facebook crashes and stays in the gutter. Yes I take it personal, that I have been blocked for telling truth and being an American living in Russia. That was a huge issue, Facebook actually, because I was in Russia, would not allow many things I would say and write about…

So with that going on, how the hell did Facebook get overrun with Russians and effecting our elections in America?

Facebook blocked me years ago, for just living in Russia!

Hmm….this is “Cambridge Analytica scandal” is actually just the tip of the iceberg…