Moscow presses on while snow storms cripple Europe & US:
Widespread blizzards have brought America‘s East Coast and parts of Europe to a standstill over the last few days, but Moscow has battled through the heavy snows thanks to a finely tuned operation.

Stuck passengers endure misery at airports:
(CNN) — Monday, the official first day of winter, airlines were scrambling to accommodate passengers affected by the cancellation of hundreds of flights after a monster weekend winter storm blanketed a swath of the East Coast. 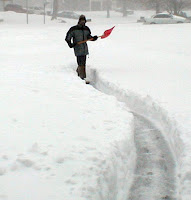 had to chuckle when I saw this video that Russia Today put together. I am not sure that I agree with Russia Today that Moscow was ready and on top of things, but after what I saw happening in America and Europe. I realized that the snow whooped everyone involved and asked no questions and took no names…

I will say, Moscow did better this time than the last snow a few weeks ago!

Really the video is good!