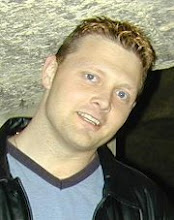 The recent outcry by the American Media complaining of mass riots over the Russian election has gotten me thinking.  Do the youth in Russia protesting understand exactly how free they are compared with the American’s slandering them?  Consider the facts.

1.  America’s Free Press
Six Corporations control the American press (Walt Disney, General Electric, New Corporation, Viacom, CBS, and Time Warner), whether in print, or on the television.  They even used the frequently derogatory term bloggers to refer to free publications that do not follow their talking points.  In covering the protest in Russia the supposedly freest press in the world even saw many programs using falls footage, such as those from riots taking place in the European Union, and mimicking those of the Occupy and Tea Party movements happening coast to coast in America.

2. America’s Free Speech
If you think you can say anything you want if you’re an American consider the American president recently authorized the assassination of an American citizen who was known for recording tapes and CDs denouncing America’s policies as immoral, and oppressive.

3. America’s Freedom of Religion
Frequently in the last several decades children have had to rely on parents taking schools to court to avail themselves of the right to pray; Churches and Mosques are frequently having to show up in court to preserve their rights to call people to prayer, ring bells, or even maintain a cross that happens to be visible from a public highway.

4. America’s Freedom from Taxation without Representation
American’s Pay Almost 50% of their income in Taxes, and work the longest hours of any country in the world.
While Americans insist their tax burden is low, once one tallies the taxes on products, housing, transportation, and hidden taxes employers must pay on behalf of employees Americans work 6 months of the year before they see any profit for their labor.

The average American has 2 weeks of paid vacation, and 3 personal or sick days for unexpected absence at work.  Many are so afraid of becoming unemployed they do not avail themselves even of these.  Expecting mothers in most American jobs are expected to work to within a month of their expected due date and return to work in 6 to 8 weeks.  With the effect of so many families where both parents work the prices of American products are such that only if one member of a married couple is independently wealthy it is impossible for them to survive on an income of a single worker.  Women are not free to stay home and help raise children, and increasingly many children are raised by daycare workers, and school teachers.

5. America’s Open and Transparent Courts, and Corruption Free Police
While other nations are changing the terminology of Militia to Police, America is enacting laws to the opposite.  More and more anti terrorism legislation is targeting ‘special instances’ where American Citizens can be denied indefinitely rights to an attorney, and be held without being charged with a crime.  Further these special situaions call for moving ruling on whether these Americans have committed any crime into Military courts which are not subject to the constitutional protections of traditional American courts.

6. Free Elections
International observers are not allowed at American elections, in fact foreigners present at American elections thought to be spying can be charged, and deported and not allowed to return to the United States.  Increasingly exit polls conducted on those exiting voting sites in America show disparity with officially reported results; and Americans have little means to investigate why.

The electoral college system in America is legally able to elect whomever they choose for president regardless of whom Americans vote for, and it is legally possible, and has happened recently more than once, for the winning candidate for the presidency to lose the majority vote.

While in regional elections there are sometimes 3 or 4 parties on the ballot who occasionally elect a small number of representatives to local or state governments, on the national level it is nearly impossible for any party other than Democrat or Republican to be on the ballot.  In several states laws prevent any other party from even applying regardless of how many people endorse the candidate.  In several states write-in candidates, those not officially on the ballot, can only be counted if the candidate has been added to an acceptable list of write ins.  Ron Paul, who was not on the Ballot in New York was also not allowed onto the write-in list despite massive support which certainly resulted in numerous write in votes for his name.  This would be akin to only votes for United Russia or the Communist Party being counted.

7.  Freedom to Protest
The police in numerous cities have violently reacted to the Occupy Movements in the United States where protesters angered by the United States Government favoring wealthy corporations over citizens who individually are increasingly making so little money they are statistically included in poverty lists.  Old women have been sprayed with gases and physically assaulted by police looking to cover up massive unrest.  The United States hasn’t used rubber bullets against protesters as Georgian president Sakashvili did multiple times in recent years but with John McCain, former candidate for president, and still Senator, stating on multiple occasions his empathy for the Georgian president how long will it be before the increasingly military-like, replete with more powers and weapons previously only available to the military, police begin using those on protesters as well?

The same media that criticizes Gay Pride parades being barred from central Moscow on the grounds it would be disruptive and unmanageable, are fine with the same excuse being used when protestors from one party show up un announced at conventions of rival political parties.  Protesting outside of ‘designated protest areas’ distant from these conventions is grounds for arrest.

8. Freedom to Keep and Bear Arms
Americans have a false belief that most nations do not allow individuals to keep arms or use them against those threatening their life or property.  Many non-Americans are mistakenly of the belief that any American can walk to the store and buy a cart full of automatic machine guns.  The fact is most countries, with the notable exception of the United Kingdom, allow a person to keep weapons for self defense and hunting, the Russian Federation included.  In America Americans cannot purchase or for the most part have access to use automatic weapons.  While many states allow for Americans to carry concealed pistols, these generally require difficult to acquire permits involving the endorsement of long time acquaintances of those applying.  The prevalence of guns in crime stems not from American laws, but from illegal purchases of guns, as it does in other countries.  The American government in fact engaged in selling thousands of illegal weapons which officials now confess are likely to be used in crimes for decades in a failed attempt to gather information about narcotics rings, and mafia organizations.

With all of this in mind I’d like those who consider America to be any freer than its neighbors, or even free at all to consider the original Bill of Rights, designed to keep America a ‘free country’, and whether they are in fact doing so, or whether the American government has simply disregarded them completely.

The Bill of Rights (The first Ten Amendments to the United Stated Constitution):

Congress shall make no law respecting an establishment of religion, or prohibiting the free exercise thereof; or abridging the freedom of speech, or of the press; or the right of the people peaceably to assemble, and to petition the Government for a redress of grievances.

A well regulated Militia, being necessary to the security of a free State, the right of the people to keep and bear Arms, shall not be infringed.[56]

No Soldier shall, in time of peace be quartered in any house, without the consent of the Owner, nor in time of war, but in a manner to be prescribed by law.

The right of the people to be secure in their persons, houses, papers, and effects, against unreasonable searches and seizures, shall not be violated, and no Warrants shall issue, but upon probable cause, supported by Oath or affirmation, and particularly describing the place to be searched, and the persons or things to be seized.

No person shall be held to answer for a capital, or otherwise infamous crime, unless on a presentment or indictment of a Grand Jury, except in cases arising in the land or naval forces, or in the Militia, when in actual service in time of War or public danger; nor shall any person be subject for the same offense to be twice put in jeopardy of life or limb; nor shall be compelled in any criminal case to be a witness against himself, nor be deprived of life, liberty, or property, without due process of law; nor shall private property be taken for public use, without just compensation.

In all criminal prosecutions, the accused shall enjoy the right to a speedy and public trial, by an impartial jury of the State and district wherein the crime shall have been committed, which district shall have been previously ascertained by law, and to be informed of the nature and cause of the accusation; to be confronted with the witnesses against him; to have compulsory process for obtaining witnesses in his favor, and to have the Assistance of Counsel for his defense.

In suits at common law, where the value in controversy shall exceed twenty dollars, the right of trial by jury shall be preserved, and no fact tried by a jury, shall be otherwise re-examined in any court of the United States, than according to the rules of the common law.

Excessive bail shall not be required, nor excessive fines imposed, nor cruel and unusual punishments inflicted.

The enumeration in the Constitution, of certain rights, shall not be construed to deny or disparage others retained by the people.

The powers not delegated to the United States by the Constitution, nor prohibited by it to the States, are reserved to the States respectively, or to the people.

I do not observe these facts out of an interest to dissuade protesters in East Europe, or indeed anywhere else in the world, from pursuing a free and transparent government that protects the interests of those it represents.  Instead I ask that they consider what can be the true intentions of those so loudly calling foreign nations un-free.  With Time Magazine calling the protestor the ‘Person of the Year’; what are they doing to help American’s maintain their freedom?  Not much.  Mean time their parent company, as well as News Corporation, have used on numerous occasions falsified or modified footage to deride other nations as un-free, and oppressed.

What can be more oppressed than a people lied to by their press, over worked, and over taxed, unable to elect representation outside the established two parties, which are of course only one party better than a dictatorship, all the while being told they are the freest nation on Earth?

The views of the above author are not strictly the views of Windows to Russia. They are an independent view from an outside source and country that brings a better light on the world in general and Windows to Russia is pleased to have Vasily Georgevich’s article on its pages today. It is hoped that we will have many more of his writings in the future…