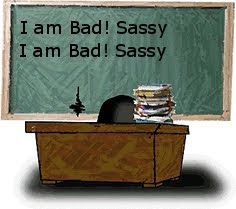 Looks like Georgia is having some media issues. It seems that the West Media is turning away from Sassy. I have been watching this develop for sometime and has accelerated since the EU report on the Georgian War:

Daniel Kunin, the American advisor, who has been working with Georgian President Mikheil Saakashvili in recent years, left the head of state.

“In recent times the advisor has preferred not to interfere in the affairs of the President of Georgia,” the VZGLYAD reports citing to the Rezonansi [Tbilisi newspaper], in each turn citing to sources, close to Kunin.

Kunin, American political technologist, was one of the closest people to the Georgian leader. His mother is the ex-governor of Vermont, and has good ties in U.S. political elite, the newspaper notes.

“Kunin was the chief advisor to Saakashvili and the connecting link with American authorities,” the Rezonansi says.

Then with in a week Georgia has had two TV stations taken off the airwaves:

According to Gakheladze, no official reason was named.

“Meanwhile in Paris, where Giya Chanturia, the general director of the Public Broadcaster of Georgia, currently staying, in informal talks it’s said the decision was made under the pressure of Russian companies, i.e Russia,” Gakheladze said.

Also this one earlier:

According to Zurab Dvalim the director general of the channel, from January 15th to 28th the First Caucasian was working in test regime, and was disconnected due to expiration of that term – BBC Russia.

The channel managers are conducting negotiations on terms of use with the French company, Dvali said.

He believes that the channel could be disconnected “not without Russia’s help.”

Dvali cannot rule out Moscow is exerting pressure on France to prevent it from extending the agreement.

The First Channel [broadcasting in Russian] started its work in Internet on January 4th, later it became available via satellite. Most part of information messages is devoted to Georgia, the rest – to news from Russia [in particular, North Caucasus] and the entire world.

The channel is based on the Public Broadcaster of Georgia. According to the idea of the Georgian side , the main audience must be national minorities in North Caucasus, the channel was available in all its regions.

I really think that Sassy and his ex Ukraine President – Buddy need to just go to another country and live happily forever after on the billions of dollars they stole from Georgia and Ukraine… (Maybe America?)