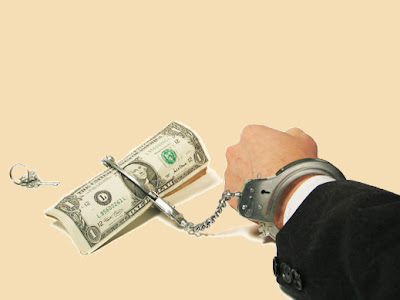 The war against corruption in Russia is not an easy task for Medvedev. He knew this walking into the fray and he is showing that he will not let go of his dream of a much more corrupt free Russia. Medvedev has proven that if persistence is implemented, that results will be obtained.

One area that is showing huge changes is the Road Police in Moscow. Svet and I travel a lot and we definitely travel Moscow from one end to another all the time. We know every Road Police setup around Moscow and how to get around those stations if so desired. At one time this was a necessity just to transverse the city in a timely fashion. This is not the case anymore we just whiz on through the Road Police Stations with no hindrance. Seems the cops are too busy filling out tickets to look up – now.

When I first came to Moscow, Russia three years ago, I was stunned at the vagrant boldness of asking for bribes after being pulled over by Road Police. This irritated me to no end at first, then like all things in life you adjust. You just expected to pay 500 rubles or more and you are on your way.

That has changed, Svet and I have been watching the Road Police as we are pulled over and as we see them pull others over. In the last five times we have been pulled over they have never asked for or implied that they need money. They have lets us go about our merry way without even a word of warning! Always they apologize for bothering us and tell us to have a nice day. One of the reasons we get pulled over is because we drive a old Volga. They seem to think that they will find someone up to know good behind the steering wheel. Instead they found an American. Then the first response from the Road Police is “What are you driving a Volga for?” We always smile and say something like, because it is the best car on the road.

You can now find Road Police handing out tickets everywhere. We drove by a Road Police station by our flats, a week ago – low and behold – all the cops had nice new clip boards to fill out traffic citations with. I said to Svet that they are looking so American that it scares me. 🙂

In fact when we are pulled over, I now do like I was taught in America and will not leave the car. They come to the window and I give them what ever papers they need. Svet also has become quite adapt at handling Road Cops psychology after she read a book on how to communicate to Road Cops and other Russian police departments.

This is just one example of the changes that we are seeing in the Militsiya system in Russia.

It is a far cry from the old days…

PS: I realize that changes in areas like Siberia and such will be only won with a harder price to pay. I am talking about Moscow and the Moscow Region in this article. You have to start somewhere…