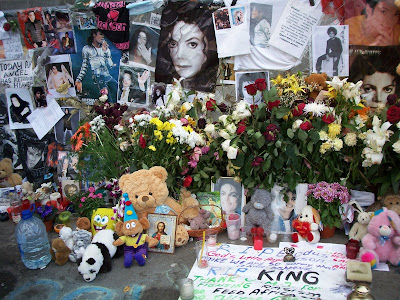 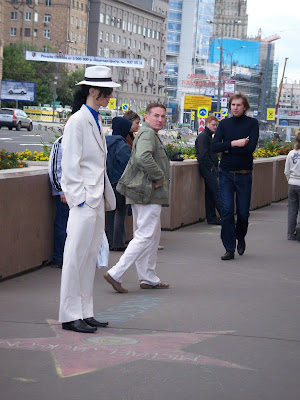 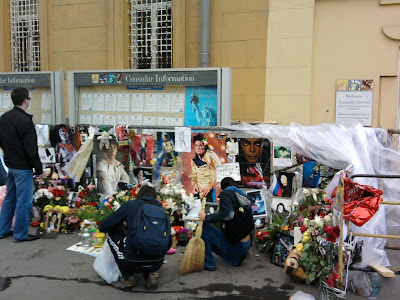 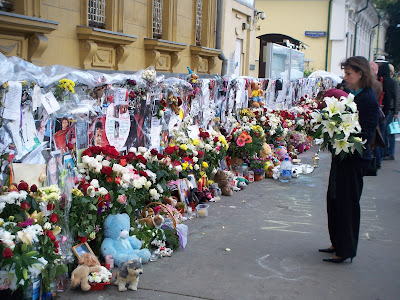 Svet and I took a fantastic walk yesterday to check out Moscow, Russia! We happened to be walking near the American Embassy and came across this memorial and tribute to Michael Jackson.

Svet and I spent about a half hour watching the flow of people in and out from the wall. I would calculate that about 500 people came by to pay respects and it was hard to get pictures. The wall is about twice as long as what you see in the bottom picture.

The young man who was dressed like Jackson seems to be a lost soul who I hope recovers. He and so many others there were crying.

The incredible power that one man had to affect so many humans all over the world. Something that we Americans have no comprehension of the fact that the world is actually a whole not just the USA…