⚡️ Russian Defence Ministry report on the progress of the special military operation in Ukraine (September 9, 2022)

◽️ The Armed Forces of Ukraine made various unsuccessful attempts to attack, suffered losses and withdrew their forces at Nikolayev-Krivoy Rog direction.

📊 The enemy has lost a total of 3 tanks, 4 infantry combat vehicles and 7 other armoured vehicles, 2 pickups with large-calibre machine guns and over 270 servicemen at Nikolayev-Krivoy Rog direction.

💥 High-precision attacks of Russian Aerospace Forces have resulted in the neutralisation of the command posts of Kraken nationalist group deployed near Prishib (Kharkov region) and 93rd Mechanised Brigade near Artyomovsk (Donetsk People’s Republic). Over 50 nationalists, as well as 16 units of special military equipment and motor vehicles have been eliminated.

💥 Attacks launched by high-precision ground-based armament at the provisional bases of the units from 127th Territorial Defence Brigade and 14th Mechanised Brigade deployed near Kharkov have resulted in the elimination of over 50 and wounding over 120 Ukrainian servicemen.

💥 1 U.S.-manufactured M-777 howitzer has been destroyed near Rovnopolye (Zaporozhye region).

💥 18 projectiles launched by HIMARS and Olkha MRLS have been destroyed in air near Novaya Kakhovka and Golaya Pristan (Kherson region), as well as near Kakhovka hydroelectric plant.

◽️ 6 artillery attacks launched at Energodar have been recorder over the past 24 hours. A total of 27 projectiles have been launched from Marganets located at the opposite shore of Kakhovka reservoir.

◽️ The attack launched at the power transmission line has resulted in leaving the city without electricity.

💥 Enemy firepower has been neutralised by Russian artillery’s counter-attack.

◽️ The personnel controls the technical condition of the nuclear power plant. 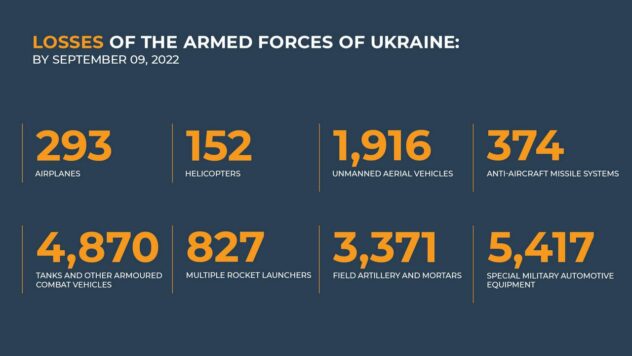