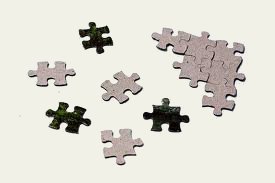 The puzzel just gets worse...

Sadly, another case of the abuse of Russian Orphans has come to light in the United States and has come to the attention of the Russian Foreign Ministry. According to child protective services workers and professionals with knowledge of the case the level of abuse amounted to what could be called torture and had been going on continuously since 2004.

This time the case revolves around a couple from the state of Wisconsin in the US, whose own children are reported to also have taken part in the abuse of the Russian adoptees. The couple, Martin and Kathleen O’Brien, had been considered to be ideal parents by neighbors, although some have reported that sometimes they noticed odd things. The mother, Kathleen, is even reported to have received an award from the State of Wisconsin for being an exemplary mother. Sadly this was all a farce.

The four Russian foster children, victims of abuse that had been going on for eight years, are now between the ages of 12 and 19 and have been taken from the O’Brian family and placed in protective custody. However their exact location was not revealed by the Department of Social and Child Protective Services.

The parents are facing 17 charges detailed in an 11 page complaint of abuse with the next hearing scheduled for July 6th.

The Russian Foreign Ministry Commissioner for Human Rights, Konstantin Dolgov said that the complaint includes charges that the children were regularly beaten, were victims of suffocation, and that the foster parents even used tear gas on them.

The Russian Foreign Ministry has called on the U.S. authorities to thoroughly investigate the case and to pass fair judgment, something which has clearly not been done in the past where even in recent history parents have gotten off with a slap on the wrist for charges including the murder of a Russian orphan.

The Foreign Ministry Commissioner of the Russian Federation for Human Rights, Konstantin Dolgov stated that Russia views this case with extreme indignation, as another case of infringement on the rights of minors in the U.S. and call for a thorough investigation to be completed, and the perpetrators to be brought to justice and face punishment commensurate with the gravity of their deeds.

The facts and the charges in the case are sickening and are coming in from various sources. According to the police report the O’Briens forced the children to kneel on sharp stones in a yard full of dog excrement and stay there for six or seven hours in the cold and even to stand naked in the cold for extended periods.

Investigators have also found a dairy belonging to the O’Brien woman which she had kept for many years and where she methodically and in detail described the punishments she subjugated the children to. Why she would keep such a diary is a cause for argument and can only be known to her but it points to the fact that she knew exactly what she was doing and continued to do it, these were not blind fits of rage. Was she proud of her horrible abuse? Did she get some sort of sadistic pleasure from humiliating and torturing these children and then go back and read about her deeds again and again?

Sadly for the children the US legal system was extremely slow in responding. Even in a country where they will take away children from their parents for the slightest offense it took over 9 months for charges to be brought against the O’Briens. According to the police the children complained about their treatment in August of 2011 but it was not until this May that the charges were brought. Was this because they were Russian?

In a country now used to such cases was this just more of the same for them? Did they believe the children were lying? If that is the case what redress do children have in the United States? What can we do to stop cases like this from happening? Or is it impossible?

In a country so steeped in violence: where children are accustomed to an endless torrent of violence on television, including the cartoons they watch and where over 400 murders are shown an hour, where people rejoice when other people are executed, where they openly joyfully call for the bombing and killing of the peoples of other countries if the government says there is a reason (no matter what it may be), where the people support and applaud a president engaged in the extra-judicial executions of (even American) citizens, where the violence and tension are so over-hyped and provoked by the police and the “authorities” who see themselves as engaged in a “war” against the citizenry, where everyone has a gun, where rampant racism and social injustice are the norm…. is there any hope for small defenseless children and will their cries be heard?

Those are the facts as they stand.

The views of the above author are not strictly the views of Windows to Russia. They are an independent view from an outside source and that brings a better light on the world in general and Windows to Russia is pleased to have John Robles’s article on its pages today…