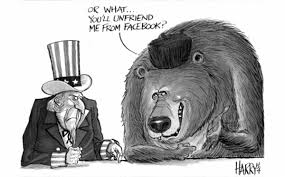 WASHINGTON, August 8. /TASS/. The US authorities are imposing new sanctions on Russia because of the Skripal case, the US Department of State said in a statement on Wednesday.

“Following the use of a ‘Novichok’ nerve agent in an attempt to assassinate UK citizen Sergei Skripal and his daughter Yulia Skripal, the United States, on August 6, 2018, determined under the Chemical and Biological Weapons Control and Warfare Elimination Act of 1991 (CBW Act) that the Government of the Russian Federation has used chemical or biological weapons in violation of international law or has used lethal chemical or biological weapons against its own nationals,” the statement runs.

The sanctions will take effect on August 22, the State Department noted.

On March 4, Sergei Skripal, 66, who had been convicted in Russia for spying for the UK but later swapped for Russian intelligence officers, and his daughter Yulia, 33, were found unconscious on a bench near the Maltings shopping center in Salisbury. Police said they suffered the effects of an alleged nerve agent.

Later on, London claimed that the Novichok-class toxin had been developed in Russia. The UK rushed to accuse Russia of being involved failing to furnish any evidence. Moscow refuted the accusations stating that neither the Soviet Union nor Russia had ever done research on that toxic agent.

I am still waiting for proof!