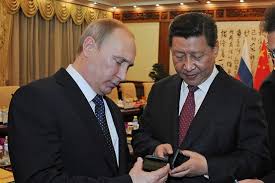 Xi Jinping visits Russia more than any other country – and his great personal relationship with Vladimir Putin is one of the reasons for that, the Chinese President revealed after talks with his Russian counterpart in Moscow.

“This is my eighth trip to Russia since 2013,” Xi told the journalists, who gathered at the Kremlin on Wednesday.

According to the Chinese leader’s stats, he and Putin “have met almost thirty times over the past six years.”

Russia is the most visited foreign state for me and President Putin is my closest friend and a good colleague.

The mutual understanding between the two heads of state is reflected in the “high level” of bilateral ties and strategic cooperation between Beijing and Moscow, Xi said. The

Chinese leader added that his Wednesday with Putin also went on in “a very frank and friendly atmosphere.”