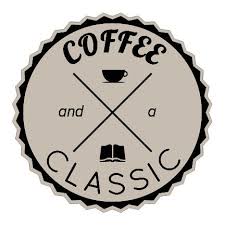 ~~ Life has been rough without my favorite Western Political Puppet in the news. ~~

~~ Mikheil Saakashvili has just reentered the arena of puppets and made my day. ~~

I smiled today when Sassy sprang into the news! 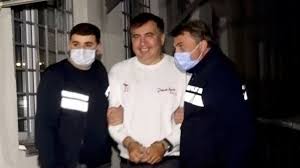 Saakashvili was arrested shortly after his arrival and was taken to a correctional facility in the city of Rustavi, located some 25km southeast of the capital Tbilisi. Police footage broadcast by local media shows a large convoy of police vehicles entering the jail’s premises with lights flashing. The handcuffed politician is brought for his perp walk shortly afterwards. Saakashvili appeared to be smiling broadly during this ‘photo opportunity’.
Source: WATCH handcuffed ex-President Saakashvili taken to Georgian jail as prosecutors vow to put him behind bars for AT LEAST 6 years — RT Russia & Former Soviet Union

~~ But don’t despair about his arrest, Sassy will just starve himself to death and show everyone who is boss. ~~

~~ Yes folks, the KING of PUPPETS for the Western game sessions at the sandbox is back. ~~

You know life is happy for me at least: Saakashvili wants to go back to Georgia…

I really like to see what this guy is up to. He is the classic political puppet and even as he fumbles his way around….I give him total credit for trying hard at what he does….he may not be the smoothest operator, but he is a classic…

PS: Please do not ask why Sassy would go back to Georgia where he is a wanted criminal! Do not worry about the tiny details. Just know that Sassy got his orders from his bosses in the western world and in perfect Sassy Brassy style, he is doing his best to be a good puppet. Sassy is like that Timex Watch….”It takes a licking and keeps on ticking”

TBILISI, October 1. /TASS/. Georgian ex-President Mikhail Saakashvili, detained in the republic earlier, declared a hunger strike and demanded a meeting with a Ukrainian consul, Georgian ombudsman Nino Lomdzharia said after meeting with Saakashvili Friday. “When I came in, he was at the doctor and was undergoing a medical exam. We were allowed to talk in the prison cell later. Mikhail Saakashvili said that he declares a huger strike,” Lomdzharia said. “He disagrees with the sentences against him and considers himself a political prisoner,” the ombudsman added.