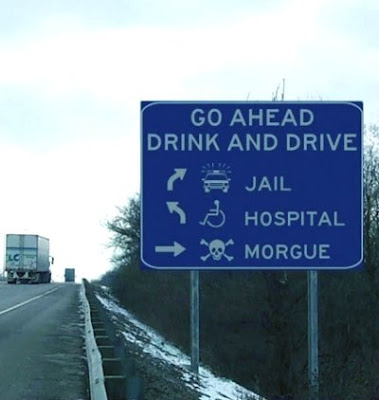 “It is a crime. It is a dangerous decision for our country,” Gennady Onishchenko told reporters on the sideline of the G8 summit currently being held on Japan’s northern island of Hokkaido.

The decree, which came into force on July 1, allows motorists to drive with alcohol levels of 0.03 grams of alcohol per 100 milliliters of blood, equal to a 0.33 bottle of beer or 250-300 mls of wine drunk 15 minutes before a test.

The law brings Russia into line with other European countries. Russian motorists were previously forbidden from driving after drinking even tiny amounts of alcohol.

In 2007, drink-driving was responsible for 10% of road accidents in Russia, while almost every second fatal accident was caused by a drunk driver.

This is an article of truth. You drive carefully and defensivly in Moscow.

Russians remind me of the old days in the USA, driving around with a beer in your hand. At one time that was very comman in the USA. In Russia it is very comman, (but worse) many are driving with a bottle of vodka in hand.