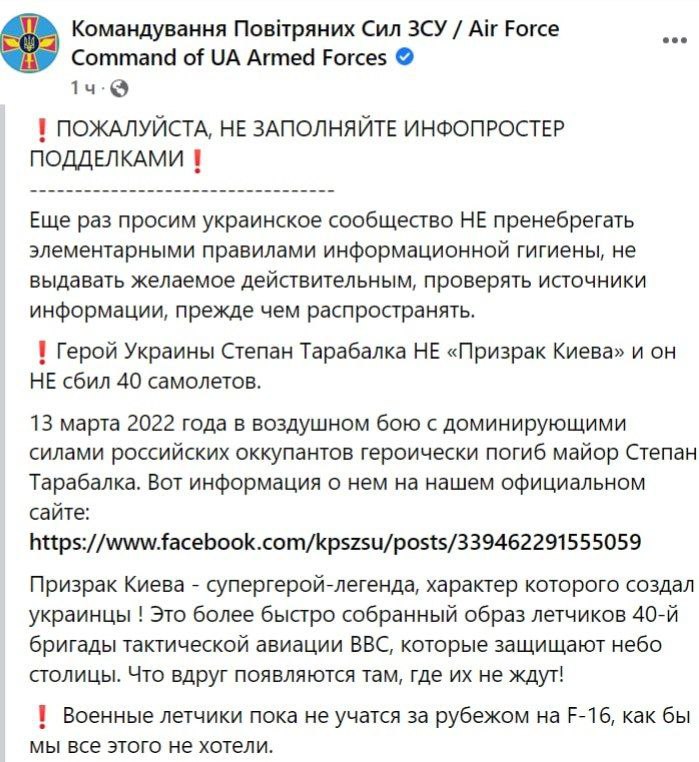 🇺🇦The command of the Ukrainian Air Force admitted that no “Ghost of Kiev” ever existed.

“The ghost of Kiev is a superhero legend whose figure was created by Ukrainians! This is a composite image of the pilots of the 40th Tactical Aviation Brigade of the Armed Forces of Ukraine,” they said on their official page.

Moreover, the command of the Ukrainian aviation not only refutes the “spirit-lifting myth”, but also asks to stop spreading fakes about it.

The most successful operation of the “Ghost of Kiev” was a video where his image was used to “raise funds” for the “purchase of litak”.