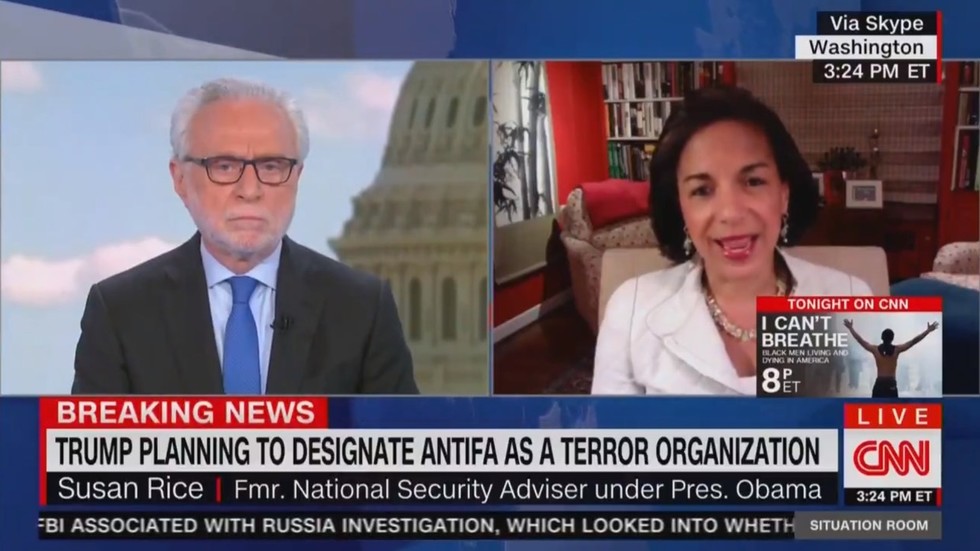 With just about everybody but the rioters themselves getting the blame, Susan Rice – former National Security Advisor to President Barack Obama – chimed in with a tried and true villain: Russia. “I would bet,” she told CNN’s Wolf Blitzer on Sunday, “this is right out of the Russian playbook.”

Absolutely Incredible: Obama’s Former NSA Susan Rice on CNN talking about the protests and domestic strife” This is right out of the Russian playbook” pic.twitter.com/luXiPV0bOq — Saagar Enjeti (@esaagar) May 31, 2020

Rice at least admitted that she’s “not reading the intelligence these days,” essentially confirming that her theory was plucked from thin air.

Blitzer didn’t push back on Rice’s claim, and Rice went on to accuse Moscow of trying to “disintegrate” the US from within. “I wouldn’t be surprised to learn that they’re funding it in some way, shape or form,” she added, another theory pulled from the ether.

The gift that keeps on giving!

PS: I keep watching a lot of videos of these demonstrations and other data about this, and no one as in a politician from another country has come to the USA to pass out cookies, pizza and or even handfuls of money…. I am very disappointed in the rest of the world. They need cookies, funding for a new illegally implemented dictator and weapons of defense! ~~

Does that sound familiar?