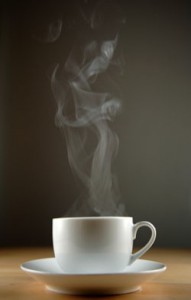 Many of those who read British press get a wrong impression that Pussy Riot band members were wrongfully detained and convicted for being against President Vladimir Putin. Regrettably, the majority of newspaper articles use wrong categories in reporting on this case. British media presents the topic under the banner of the freedom of speech and self-expression. In Russia, however, this matter is discussed as to whether there is a punishment for those who burst into the place of worship insulting the religious feelings of a considerable part of Russian citizens and debauch there.

According to a British journalist Simon Jenkins http://www.guardian.co.uk/commentisfree/2012/aug/21/west-hypocrisy-pussy-riot, who cites a Russian poll, only 5% of respondents do not think that the band deserves to be punished, while 65% believe that the band members must be jailed and 29% wish they were subject to community service. These data should not come as a surprise, for Russia is a country of 143 million people, 75% of whom identify themselves with the Orthodox Christianity. Russian Muslims, by the way, have not sympathised with Pussy Riot’s performance as well.

One will recall the outrage started by the Muhammad cartoons published in one of Danish newspapers. They were published not without a reason and were aimed at stirring anti-Islamic sentiment in the Western society at the time of the so-called “war on terror”. What was its result? Growth of xenophobic and extremist manifestations, which, by the way, might well be posing a threat to the European democracy itself, as for example is the case of Anders Breivik. This act by Pussy Riot is considered as a similar provocation against religion.

Let us recall that many countries’ laws provide punishment for the insult of feelings of other citizens. Pussy Riot’s bravado is nothing new. In the recent past, such “performances” took place in European countries not without subsequent lawsuits. Just recently the Catholic Church of Germany has been reported to accuse followers of the Russian punk-band of disorderly behaviour at a religious service in Cologne. Under the German law, they might face a real prison sentence.

No one would dare to dispute decisions of court in Western countries. Russia’s judicial system is an independent branch too. The verdict to those who performed the “punk-prayer” in the Cathedral of Christ the Saviour was passed by court after a thorough consideration of all facts of the case in full compliance with the Russian law. It is very easy to give outsiders’ advice without knowing the details and even without trying to fully comprehend the matter. We doubt that the court, for example here in Great Britain, would take into consideration advice of those who, in effect, try to influence the course of justice.

An American lawyer Oliver Wendell Holmes once said: “Your liberty to swing your fist ends just where my nose begins”. We all remember how the Taliban destroyed Buddha statues in Afghanistan. The world was shocked and appalled. Let us recall the desecration of Muslim tombs in Northern Mali. Perhaps, it is too early to draw the line in the debate on the limits of self-expression. So this case is not about politics, played by the rules, but about insulting the religious feelings of fellow citizens which goes far beyond what any democracy allows, beyond civilized behavior pure and simple.

This information was taken from the official website of the Embassy of the Russian Federation to the United Kingdom of Great Britain and Northern Ireland. Published on August 24, 2012.