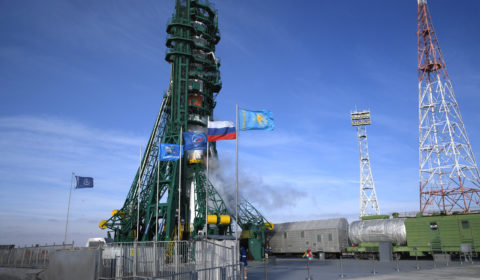 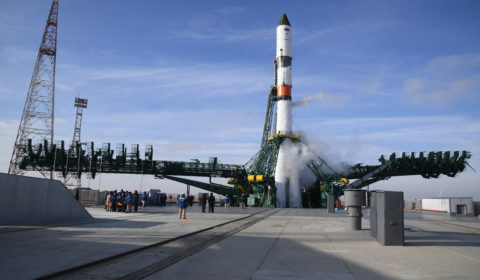 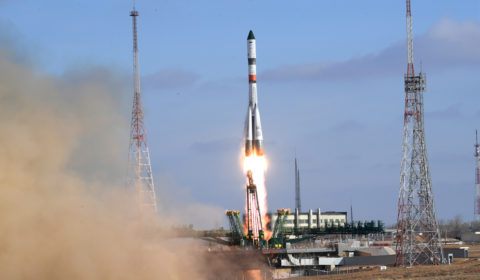 Progress MS-13 cargo transport vehicle (CTV) developed and manufactured by RSC Energia was successfully launched from the Baikonur Launch Site under the program of the 74P logistics mission to the International Space Station (ISS).

Soyuz-2.1a medium launch vehicle carrying Progress MS-13 lifted off from Launch Pad 31 at 12:34:11 Moscow time. In 8 min 48 sec after the lift-off contact the vehicle normally separated from the third stage and was inserted into the planned orbit. The solar array panels were deployed according to the timeline. In the third orbit around the Earth Progress MS-13 started a three-day program of autonomous rendezvous with the ISS RS under control of specialists from the Lead Operational Control Team of the International Space Station Russian Segment (LOCT ISS RS) working at MCC.

Progress MS-13 shall deliver to the ISS 650 kg of propellant in the refueling system tanks and 46 kg of compressed gases in bottles, as well as 1.35 tons of cargo including 420 kg of water in the Rodnik system tanks, consumables of the ISS onboard systems, and devices for scientific and research experiments, clothing, and personal hygiene materials, drugs and food products for the current Expedition crewmembers.