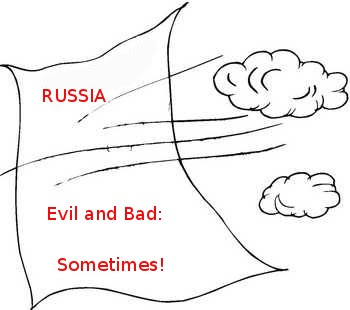 The USA continues to debate the Russian Georgia conflict…..

American intelligence confirms that the latest military actions in South Ossetia were started by Georgia and Russia’s position in the conflict was correct, says Republican California Congressman Dana Rohrabacher. He said the situation reminded him of the Bay of Tonkin incident, which the U.S. used as a pretext for beginning the war in Vietnam.

“The Russians are right! We’re wrong! Georgia started it, the Russians ended it,” Rohrabacher said at a hearing in the House of Representatives.

Assistant Secretary of State Dan Fried said U.S. intelligence was still working on an exact chronology of the events of August 7 to verify Georgian claims that Russian forces were in Roki Tunnel, linking Russia to South Ossetia, before Georgia attacked. Fried said that the Bush administration had forcefully and repeatedly warned the Georgians against beginning military actions against Russia, and he was unable to say why Georgia chose to ignore that advice.

Nonetheless, Fried acknowledged that supporting Georgia was in U.S. interests, even if it considers the countries actions foolish.

Russia acknowledged the independence of Abkhazia and South Ossetia on August 26. Those republics requested that recognition after Georgian forces almost completely ruined Tskhinvali, the capital of South Ossetia, in the course of the event of August 8-12. More than 1500 civilians were killed in that time, according to South Ossetian authorities. (Link)

I think the wind is talking not whispering, in the tree leaves now!