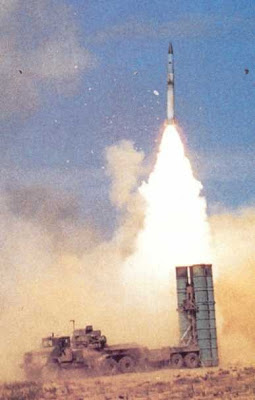 One way that Russia can explain to the USA about missile games, could be the deployment of new Russian Iscander short-range missiles in the neighbouring Belarus. Belarus, a close ally of Russia, has made the statement that it would re-equip its forces with short-range missiles.

Mikhail Puzikov, commander of Belarus’ missile and artillery troops, announced Belarus’ plans to buy Russia’s Iskander-E conventional missile system by 2020. He said,”Any action must have a counter-action, including with the US anti-missile elements in the Czech Republic and Poland,” (RBC)

Moscow is working on the deployment of new missiles in the Kaliningrad region and in Belarus in response to the US plans to place 10 interceptor missiles in Poland and a radar station in the Czech Republic as part of a shield of protection. (To protect Europe)

Russia sees this as a threat. I understand this thinking from Russia.

Let Europe put their own missile defense in! Let Europe tell Russia what they want to do!