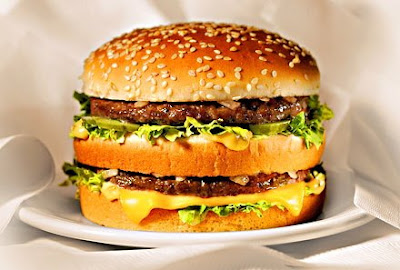 I looked at my wife the other day while eating a Big Mac in Moscow and said:”These are so much better than in America and they are cheap here!” Now I know why……
————————————————-
Big Mac reveals true worth of crashing dollar
The American dollar is overvalued in Russia by as much as 30 per cent, according to the so-called ‘Big Mac index’. The index was developed by The Economist magazine as a way of valuing currencies based on the price of the popular hamburgers around the world. A Big Mac costs $US 2.54 in Russia compared with $US 3.57 in the United States.

The Economist assumes that production costs are equal overall. That means it’s possible to measure the purchasing power of world currencies in reference to the dollar according to the price Big Macs.

Using the Big Mac index, the U.S. dollar should cost 16.5 roubles instead of the official rate of 23.37 rubles quoted by the Russian Central Bank.

The dearest McDonald’s is in Norway, where people pay $US 7.88 for a Big Mac. The cheapest ones are in Malaysia, China and Hong-Kong, where they can cost anything between $US 1.17 and $US 1.83, reports The Economist.
————————————————–
“Using the Big Mac index, the U.S. dollar should cost 16.5 rubles instead of the official rate of 23.37 rubles quoted by the Russian Central Bank.” I have multiple of articles about the Banks in Russia supporting the dollar. They work overtime trying to keep the dollar from crashing any faster than it does!

The Big Mac is the proof and I am going to enjoy them. But look at that price in China…….