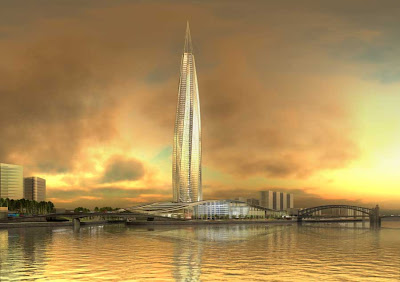 Gazprom: New Home! (not built yet!)
from PH “Kommersant”
OAO Gazprom has become the third largest company in the world by market capitalization. Gazprom stock gained 5.34 percent on the MICEX on May 8, raising the monopoly’s market value to $348 billion and knocking the Chinese cellular communications operator China Mobile, worth $341 billion, out of third place in the world ranking. According to Reuters, the American company ExxonMobil occupies first place on that list at $476 billion, and Petrochina is in second place with $447 billion.
Windows to Russia!