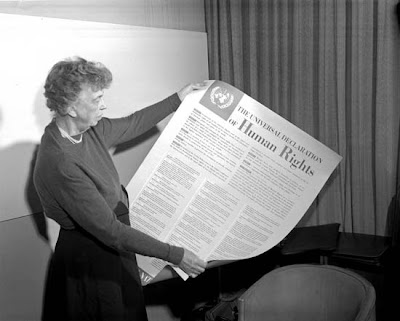 This article, “Hits it on the nail head!”

MOSCOW — Year after year, the U.S. issues a troubling assessment of human rights in Russia.

Year after year, Russia lashes back, accusing the U.S. State Department’s annual report on human rights practices around the world of twisting reality and warning that Washington has no right to preach.

With relations at what could be a post-Cold War low, it is no different this time around.

In a sometimes bitter, sometimes sarcastic statement Wednesday, the Foreign Ministry said the portrayal of Russia in the 2007 report was prejudiced, mistaken, poorly sourced and counterproductive.

The ministry said the report reflected the “double standards” of a country it claimed uses human rights as a “foreign policy tool” while balking at scrutiny of its own actions.

“How else can one explain that the United States — which has essentially legalized torture, applies capital punishment to minors, denies responsibility for war crimes and massive human rights violations in Iraq and Afghanistan, refuses to join a series of treaties in the sphere of human rights — distorted comments on the situation in other countries?” it said.

“Meanwhile, the U.S. uses the struggle to spread democracy and the defense of human rights as a cover, with no regard to systemic problems within its own country,” it said.

The U.S. report, released Tuesday, said that centralization of power in President Vladimir Putin’s Kremlin, corruption, selective law enforcement and onerous restrictions on aid groups and the media were among factors that “continued to erode the government’s accountability to its citizens” in Russia. It also noted human rights abuses in war-scarred Chechnya.

The Foreign Ministry said “the State Department’s latest opus” contained a “hackneyed collection of claims” about human rights in Russia.

“The document, unfortunately, abounds in groundless accusations, citations of unverified and deliberately biased sources, mistakes and juggling of facts,” the statement said. It did not offer specifics.

It said that “many passages were copied from previous reports: One gets the impression that the State Department just selected material to fit conclusions formed in advance.”

Russia took issue with the report’s reference to problematic elections and to a leading international observer group’s criticism of its December parliamentary elections. It accused the Organization for Security and Cooperation in Europe’s vote-monitoring body of “politicized approaches” and the U.S. of resisting reform.

Through eight years as president of an assertive country enjoying largely energy-fueled economic growth, Putin has made a point of shrugging off growing Western accusations of backtracking on democracy, and warned the U.S. against interfering in Russia’s affairs.

The Foreign Ministry criticized what it called the “mentorish tone” of the U.S. State Department report.

“We are convinced that politicizing the rights-protection issue and distorting the human rights situation in various countries will lead not to the resolution of existing problems, but to the devaluation of the principles and goals of international cooperation in this area,” it said.
==================================

One thing that I can say from experience in America, “The issue of Human Rights in my home country of the USA is an appalling dangerous situation, the Government level of conspiracies are at a all time high! Freedom & Rights, are becoming lost words in America! “