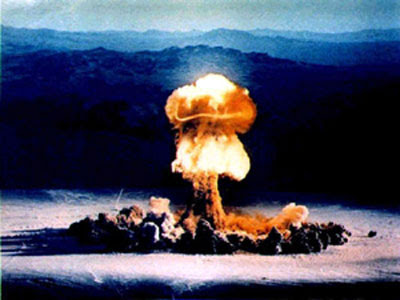 Looks like Moscow is serious about protecting the Collective Security Treaty Organization (CSTO) members. I do not blame them, what with the USA pushing missile defense down Russia throats!

“It is necessary to extend part of Russia’s nuclear doctrine, which covers the use of tactical nuclear weapons, to all members of the CSTO treaty as a deterrence guarantee,” said Leonid Ivashov, the head of the Moscow-based Academy of Geopolitical Sciences.

He said the existing treaty was too vague about the assistance, including military, which each CSTO country must provide to an ally in case of a clear and imminent threat of military aggression.

“Article 4 of the treaty must be revised and contain a concrete definition of such assistance, clearly described in military-strategic terms,” Ivashov said during a round-table meeting in Moscow.

The Treaty on Collective Security was signed in Tashkent, Uzbekistan on 15 May 1992. The CSTO was established on 18 September 2003 in accordance with a decision of the heads of member states on transforming the treaty into an international regional organization.

Article 4 of the current treaty stipulates that: “If an act of aggression is committed against any of the member states, all other member states will render it necessary assistance, including military, and provide support with the means at their disposal by exercising the right to collective defense in line with Article 51 of the UN Charter”.

The Russian leadership has already reaffirmed its commitment to building and maintaining a strong nuclear deterrent, while strongly criticizing the proposed deployment of the U.S. missile shield in Central Europe, and further eastward expansion of NATO.
———————————————————-
As an American on this side of the World, I will tell the USA, quit the Missile Games! We (USA) had a fit when the Soviet Union wanted to put Missiles in Cuba…….