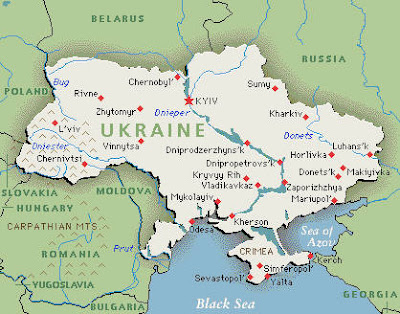 This is Kyle from Kiev, Ukraine. I will be back this weekend around the 1st and 2nd of November. It has been a long wait but if God willing, I pick up my visa on the 31st of October and catch a train that night. 12 hours later I will be home. 🙂

I have lots of stories to tell and wish that I could get going right now.

I will say that Ukraine is not Russia! I will be talking in the future about multiple of differences that are obvious between the two countries. I have walked a lot of kilometers the last few weeks all over Kiev. (I will tell you I miss Moscow.) The two cities are two different worlds.

The posts will be coming after I get a decent internet connection again. I have struggled with getting things to work and right now I am on my backup system and using Puppy Linux. I have to admit that Puppy Linux is one of the best rescue disks and main operating systems that I have ever used.

The last time we went through the Israel border the computer got jostled around pretty hard and I had issues with things working correctly. I have got everything backed up and working thanks to Puppy!

I was dual booting Windows XP and Xubuntu. Windows XP refused to boot after the border and Xubuntu was marginal at the best. I had the Puppy disc as a rescue disc and I am glad I did. After booting Puppy Linux I was able to cut cds of all pictures and apply the pictures to flash drives. 🙂 (We got lots of pictures.)

I am not sure what happened at the border crossing but somehow I think that I picked up a virus on the windows side at the airport WiFi, because the wireless drivers were corrupt as the first issue that came up.

Since I have been here in Kiev I have seen while walking, about a dozen car wrecks. (I thought Russians were bad drivers.) Ukraine drivers give a new meaning to: red light means run fast and accelerate, A cross walk means: see how many pedestrians you can hit and a sidewalk is just another main road to get around other car traffic. 🙂

Gotta run the Internet bill is running off the scale right now! This little post will cost me around 20 American dollars. That is just to steep for my tastes.

So hello to everyone and thanks for the comments that have come in and I will get to answer them when I get back to Moscow.