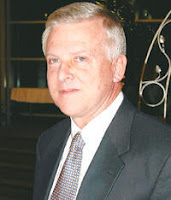 New Link For Even More Information:

I was drinking my morning cup of coffee & asked my wife who is Russian, to do a hard search in the Russian web! We are finding out a lot more information on The Pastor Phillip Miles!

Some facts that the American & Russian press is not saying or is very unclear about!

1. Miles has traveled to Russia for over 25 years! (Soviet Era, Yes!)
2. Miles was not detained by International Border Patrol!
3. Miles was detained by Local Militsiya for Ammunition found during baggage search while switching flights to a Domestic airline to Perm!
4. The International Border did not catch the Undeclared Ammunition!
5. Miles is being held on investigation of A. article 222 UK (storage, transport, carrying ammunition) B. article UK 188 (smuggling)
6. The FAA and Delta have no jurisdiction over giving the OK to transport Ammunition in Russia!
7. There is more to this incident than has been released, Local Russian Press has kept very quiet about Pastor Phillip Miles!
8. The USA media is being very selective about what they put in the Media!
=================================
Subject: American pastor Philip Miles in Moscow! (Access removed??????)
Update: 3-2-2008
(I want to thank everyone who visited this link: New Generation Global Discussions Forum. The site has removed access to this one article. This article had proven to be true by confirmation from other articles that I have posted. The article in complete is below!)

All greetings!
I want to tell all about what happened with the American pastor in Moscow, he is 57 years old. There is a need to pray about it, about his family, as well as for the early settlement of this situation without serious consequences for him. Pastor Philip Miles, the son of Bishop Hyustona Miles, together with other members of his church and another church the morning of 29 – January flew to Moscow in Sheremetyevo airport. The same evening, before departing in Perm when inspecting his luggage at the airport Sheremetyevo at It was found the stack of cartridges (20 pieces) for a hunting rifle. Philip enjoys hunting, he drove to visit his friend, pastor of the church in Perm, which is also a hunter and is licensed and hunting and weapons. Philip decided to make a surprise, lead pastor of Perm gift, a pack of good rounds for the new guns, which recently bought a pastor from Perm. In the United States, these cartridges are sold to anyone who is older than 18 years, without any permission or license. Before departing aircraft Philippe asked Representative Delta “if he could keep cartridges, he was told that he could.

Night 29 – January with a stack of cartridges seized, and Philip was asked by the police to arrive at Sheremetyevo in the morning, 4 – February, before his departure to the United States. Later examination was carried out which confirmed that the cartridges specifically for a particular hunting rifles, shotguns is that there is a pastor from Perm.

On Sunday, 3 – February, at 19:30 Phillip Miles and the other two Americans flew in from Perm Sheremetyevo airport. After receiving Philip delayed baggage, it has waited. I sent in a cell at the airport at Sheremetyevo.

4 morning – February from Perm flew lawyer that would help in this situation. At 14:00 was appointed interrogator Philippe brought criminal charges article 222 UK (storage, transport, carrying ammunition). Invited lawyer VV Ryakhovsky from the Slavonic Legal Centre. I was unable to find someone of translators that would translate questioning why drove himself to translate the interrogation. Representatives from the American Embassy also came, what would talk to Philip. Philip brought after 15:00 and about 19:00 questioning ended. Already taken the night from the moment of detention, during which time he ate nothing, once gave him a glass of water. The cell detained at the airport are not fed. The next day,

5 – On February, a court, which had to decide on the election of a preventive measure Philippe suspect. So, the court had to decide to release Philippa (by subscription, on bail), or leave detention for the duration of the investigation. During a court translator, I was again. The prosecutor said the request for deferment decision on the election of a preventive measure for the submission of additional evidence validity of his detention. The court granted the petition claimed. Philip was taken to a cell at the airport Sheremetyevo. In an interview with the judge, she said that in 72 hours she Philip Cup if it is not a criminal case stall visas. 188 UK (Smuggling).

6 – On February on the road to the airport (I was traveling with another American pastor, he wanted to pray with Philip, and as we carried food for Philip) tour manager phoned me. company, which processed the tour. Philippe Maylsu invitation to get Russian visas, and said that they came in the company of Sheremetyevo airport and sought at the design contest. Invitations for Philip Miles. It turned out that I have communicated with the tour. Company with a request to make tour. invitation to Philip and other members of his church. Therefore, tour manager of the company told me that returned to the airport Sheremetyevo, and will be there waiting for me, that would talk with me. Almost one and a half hours with me interviewed Major militia, a senior operupolnomochennaya Criminal Investigation. Nearby sat Chief inquiry, and another officer Philip someone of detectives in plain clothes. The explanation was.

7 – On February Philippe brought to trial, that would inform him that he instituted a criminal case on article UK 188 (smuggling) and take with him testify. On this day, Philip converted another girl from our church, I have not been able to be a translator, as I am interested. Posovetovavshis a lawyer, Philippe refused to testify against themselves, in accordance with our Constitution.

8 – On February a court. The Court’s decision – to leave Philippa detention for the duration of the investigation, which can last for 60 days, but may be extended at a later date. On that day or the following day Philip transported to the Detention 5 (PTDC).

13 – On February Philippe brought in to the ATC about the airport investigation, which would be charged on article 222 UK (storage, transport, carrying ammunition). Just came from the American consul of the embassy, which would talk with Philip and sign a power of attorney to relatives in the United States that would be able to sell his house without his participation. The representative of the embassy handed me a list of what you should buy for Philip.

14 – February, I went to PTDC that would convey to the transfer of Philippe: warm clothes, things basic necessities, medicines, toiletries, food. Similarly, at the request of Philip many products I order in the store, which is in remand centres, as many products can not be moved, but must be ordered in the store when PTDC. You can choose from a list of needed goods and products and pay them immediately, but after a few days they will bring Philippe.

I have a quite few questions myself, but these will come out as I follow and find more information!

These articles are not in Judgment of Pastor Phillip Miles, they are fact finding articles. The Pastor is in a bad situation in Russia, So he needs your prayers!