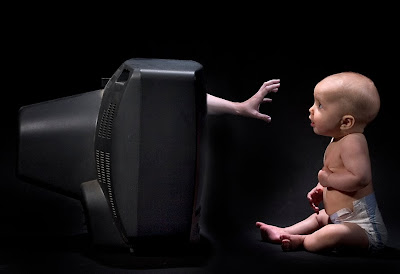 Russia has long been respected in global affairs, where it has long played an important role in influencing international politics. For many years its opinion was taken seriously, as it was a powerful empire with a wide sphere of influence. Yet the West, it seems, is always ready to chalk it up as a land of insignificant people. And once its power weakened, the reputation of the Russian people seems to have suffered even worse.

I don’t want to suggest that Russia is an example of unsurpassed innocence and harmlessness, but it seems that it is too often described from the worst possible angle. Today, Russians are believed to set the standards for inappropriate behavior and bad manners, and the West is always ready to blame Russia, no matter what.

I am worried most about the practice of national stereotyping. The Russian people have never been worse or better than any other people, and, like others, they want to be respected. But the way Russians are represented in the foreign media – at least from what I have seen – leads to a total misunderstanding of the Russian mentality (Note: not by every thinking individual, but by the general public and mass media. And mass opinion seems to play a big part in the shaping of the image of this one particular country). What is Russia today? I mean the people, not the nation state. What do others really think about us? I got my answer over the holidays in Rome. One night there was a feature on television about New Year celebrations around the world. Fantastic fireworks and marvelous decorations were shown in the spotless European countries. And then came the broadcast on Russia: shots of the young, the elderly – all age groups – drinking alcohol and falling over in the snow, totally drunk. Great. What image of Russia would people form from this? For how long will the Russian people be associated with vodka?

A popular joke runs as follows:

“A dog breeder sells a litter of puppies abroad. Which one goes to Russia? The one named Vodka.” Yet everywhere I see foreigners drinking alcohol. The Germans, for example, are famous beer lovers and drink it all day at the ski resorts. Why then is it accepted nonchalantly for them? Too many people forget that many Russians have no desire to drink.

Russian females face similar treatment. As one of them, I have the problem of being treated as a “typical Russian girl,” which automatically translates into: “you must want a western man.” Why would this be more true of Russia than of any other nation?

People are different and every family has its black sheep. There shouldn’t be one stereotype to pigeonhole all people. Appreciate a person’s values and not their passport. A nation is represented by the different faces of its citizens, and Russia continues to produce an amazing number of outstanding people and innovations.

I must add, however, that I do appreciate the respect some foreigners feel for Russia and its achievements.

I myself have been saying time and time again: Russia gets a Bum Wrap when it comes to the Press. The old saying “The Pot calling The Kettle Black!” is appropriate for the Media! Look at your own back yard first then see if you have a right to point fingers……..

Has any one heard of: Skeletons in the closet?