Russia: Is She Really That Corrupt? 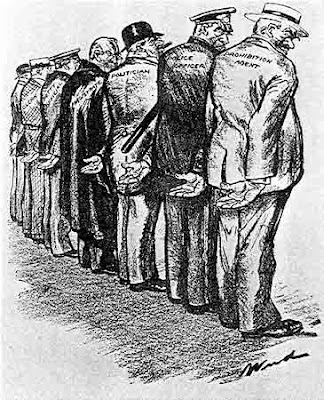 I was drinking my second cup of coffee and reading once again about the corruption in Russia. Sometimes that is all you hear about. How corrupt the Government is, how corrupt the cops are and how corrupt Moscow is. The fact is the articles are correct and if Russia could really get corruption under control that would be fantastic. I am not going to hold my breath though.

Another fact is that out of all the countries that I have lived in, I find Russia one of the least corrupt countries that I have had to deal with. Now I realize that is going against everyone else’s thoughts in the world. But corruption is a matter of opinion allot of times. Russia also is the cheapest country to bribe compared to other countries. The most expensive country I have dealt with was Vietnam then the USA.

The most corrupt places in Russia are Moscow (42% have paid bribes), Tatarstan and Krasnodar Territory (41%), Stavropol Territory (40%), Moscow Region (37%) and St. Petersburg (34%). The least corrupt places are Perm Territory (12%) and Tyumen Region (18%). There has been no research in Yakutia, Chechnya or Dagestan yet. Most Russians (54%) have a tolerant attitude toward those who take bribes. That figure ranges between 63 percent in Moscow and 32 percent in Sakhalin. Thirty-seven percent of Russians (55% in Leningrad Region, 30% in Moscow, 28% in Krasnodar Territory) strongly condemn corruption. (Link)

Remember most of what they are calling corruption has to do with the police. It can get interesting at times while you drive the Russian country side, but it also makes it exciting and fun. Also put in perspective about the people that pay bribes to get things done faster: We have yet to pay a bribe to get government work done, but then we do not wait until the day it is due to get it done. Everything gets done with out bribes, but bribes get it done faster….

I remember in America that I helped someone get a liquor license, after we had gone through Hades and back with the State application to get a license. We then had to deal with the local officials; We took (6) Six envelopes with several thousand dollars in each then it took us a day of begging and bribery: 1st and 2nd envelopes went to City Police department and County Sheriff department to ensure our status as non criminals. The 2nd envelope went to the Head of the Town Council to activate our application with the city. The 3rd envelope went to the Mayor of the town to ensure our future security with the police department. The 4th envelope went to the City Fire Chief to make sure our building passed fire code inspection. The 5th envelope went to the County Health Department to make sure that they passed us for serving beer. This was just the county and city side of the transaction. The State side was another whole ballgame of bribery and begging (Just bigger bribes.)…..

Just thoughts for a Tuesday…