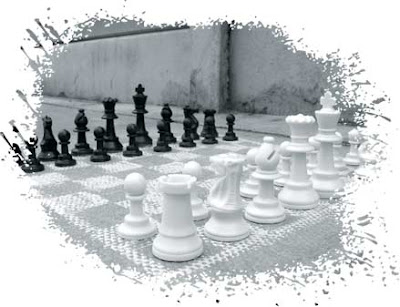 I have written about the concept that “Russia plays Chess and America plays Checkers!” This is nothing new to you if you have followed my blog for years.

I found an article that plays that same theme. The problem with the article is that it is a Western scare tactic article. When you read it it is heavily swayed to a bias against Russia. It does touch upon truths about both sides and their techniques of playing the game. It relies heavily upon the evil Russian and bringing back the “cold war theme!”
When the cold war issue is brought up, it is always in the style of how Russia has not changed from the Soviet Union…
The one thing that J. R. Nyquist tries to push across is that Russia is so much worse than America or Europe. Also that Europe and America are helping to push Russia back to a dictatorship by their lack of policy! (Roll eyes at this point…)
I read this article and in between the lines it says very clearly: Europe and America are no better and no worse than Russia! He defends Europe with a contradictory statement such as

“[The Russian leaders] find support abroad, outside, among the states that are citadels of democracy, in the countries that actually make a big effort to protect freedom and democracy at home; but still, the totalitarian regimes find support there….”

How can you praise them for making such a “big effort at home”? While at the same time makes a statement that should make Europe proud:

“Under the existing system, it is very easy to buy off the European leadership. It costs very little, and is easily done, so it is not a problem to achieve results with this method in Europe.” In fact, Illarionov asks if the statesmen of any system can remain independent in the wake of sweetheart deals they cannot refuse to take. The Russians look at European politicians the way a shopper looks at goods in a store. They see one they like, examine the price tag, and pay the cashier. In fact, they use oil money, which allows them to buy whatever they see. Illarionov noted: “The largest export that Russia delivers is corruption. It’s not oil or gas, but corruption. And this is in greater demand than even oil or gas.” The politicians of Western Europe love corruption, because it makes them rich.” (Really, Bad Europe not bad Russia!)

But not to leave America out of the limelight,

I will expand this last statement above one step farther: Americans are in the same boat as the Europeans and Russian buys off American politicians. – Medvedev said before that Russia will buy You! (meaning America) Everyone thought he meant buy up all the companies – Not hardly!

America and Europe is as corrupt as Russia! Russia uses the power of greed to control. Does that make Russia bad? (America did it to Russia.. have we forgotten?)
Seems to me that this article is talking about America and Europe as if they are alcoholics and Russia is the Vodka! America and Europe want that vodka so bad that they take it at any price. I learned along time ago that you can not blame the liquor for no one forces you take a drink…
One last thought on this subject:

The West is asleep. A game of “divide and conquer” is advanced against us. The days of the NATO alliance are numbered. Russia has been buying politicians all over Europe, and if those politicians stay bought, there will be no one to oppose the Russian plan. America will then find itself isolated, economically vulnerable, and militarily inferior.