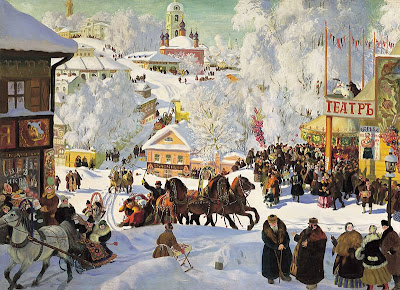 I was drinking my morning cup of coffee & thinking about pancakes while having breakfast with my wife. I have watched my wife enjoy Crêpes filled with raspberry jam & cottage cheese and or many other tasty delights, inside those Russian blini as the crêpes are called here…

You see in Russia, I many issues with food items (names & procedures)! I am a certified Chef, so I have learned a whole different world of cooking than what I see in Russia!

Several examples of my misconceptions that are stuck in my head, are these below:

Pancakes: A type of flat bread prepared from a sweet batter that is cooked on a hot griddle or in a frying pan. They exist in several variations in many different local cuisines. Most pancakes are quick breads, although some are also made using a yeast-raised or fermented batter. Pancakes are many times served with Butter & Maple Syrup! 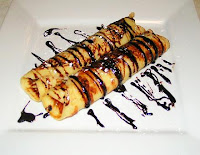 made from wheat flour. The word, like the pancake itself, is of French origin, deriving from the Latin crispa, meaning “curled”. Crêpe are served many times with fillings such as whipped cream and jellies, then rolled up.

European pancake: called Pfannkuchen or Eierpfannkuchen in German, Palatschinken in Austrian, palacsinta in Hungarian, clătită in Romanian, palačinke in Slovenian, Serbian, Croatian and Bosnian, is thin and comparable to the French crêpe. Unlike thick American pancakes, it is filled with different types of food and can be eaten for lunch or dinner.

Therefore, I thought that I knew about pancakes, then I came to Russia to find out that Real Pancakes are non existent! McDonald’s does not even have a Pancake meal or have pancakes with their Big Breakfast! (survival has been tough in Russia 🙂 ~Sarc~) Not a drop of Maple syrup in McDonald’s? McDonald’s now does have the blini and sell us honey to dip them in… 🙂

What does Russia have in place of Pancakes? Russia has Blini! What is this Blini you keep talking about?

What is the definition of a blini, and what origin are they?

Blinis had a somewhat ritual significance for early Slavic peoples in pre-Christian times since they were a symbol of the sun, due to their round form. They were traditionally prepared at the end of the winter to honor the rebirth of the new sun (Pancake week, or Maslenitsa). This tradition 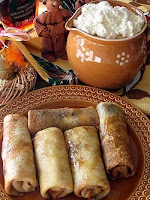 on was adopted by the Orthodox church and is carried on to the present day. Blini were once also served at wakes, to commemorate the recently deceased.

Traditional Russian blini are made with yeast batter, which is left to rise and then diluted with cold or boiling (zavarnye blini) water or milk just before baking them in the traditional Russian oven (to this day the process of cooking blini is referred to as baking in Russian, even though these days they are almost universally pan-fried, like pancakes). By Russian tradition the first blini is always destroyed while frying. Blintzes (blinchiki in Russian, considered to be a borrowed dish) are made from unyeast batter (usually made of flour, milk and eggs) and are nearly identical to French crêpes. All kinds of flour may be used for making blini: from wheat and buckwheat to oatmeal and millet, although wheat is currently by far the most popular.

Other words Pancakes that are so thin that you can read a newspaper through them & full of cottage cheese to make my wife happy! 🙂

What does this have to do with Maslenitsa? 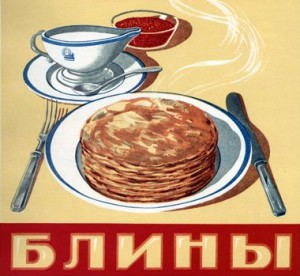 Maslenitsa: (Russian: Ма́сленица), also known as Cheesefare Week, Butter Week, or Pancake week is a Russian religious and folk holiday. It is celebrated during the last week before Great Lent—that is, the seventh week before Pascha (Easter). Maslenitsa corresponds to the Western Christian Carnival, except that Orthodox Lent begins on a Monday instead of a Wednesday, and the Orthodox date of Easter can differ greatly from the Western Christian date…

We will eat “Pancakes all week!” (at least what Russians call pancakes)

Kyle & Svet
PS You want to know more about Maslenitsa? Watch the video!