I Decry Minibuses in Russia…

I was drinking my morning cup of coffee and thinking about one of my articles from many years ago.  The article was having issues and it was time to revamp it.It is a subject that makes my blood boil as I drive around Moscow. This article is about the real scourge of Moscow and most anywhere else in Russia. The dreaded psycho Minibus…

I really, really and really dislike the Minibuses in Russia! (My wife will disagree with me on this.)

A Minibus in Russia is a disaster waiting to kill someone. (My wife loves them and I will not ride in them.)

A Minibus driver cares about only one thing: Pick up a passenger for fare. To achieve this goal a Minibus driver will block, smash, wreck, do U turns, drive on the sidewalk, run red lights, cut traffic, go down the wrong side of the road & in general disobey all rules of driving! They are the rudest example of drivers I have ever known… 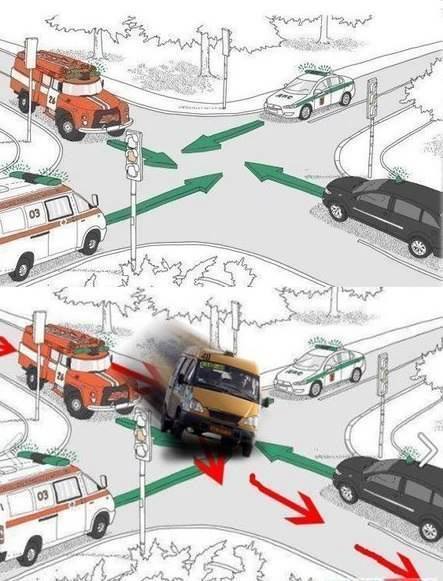 This ancient article that I had laying around says: A recent increase in the number of accidents involving the city’s marshrutki minibuses has prompted police, prosecutors and the city administration to step up safety inspections.

On Tuesday, an inspection of 18 marshrutki in northern St. Petersburg registered 14 violations of traffic rules, and three of the minibuses were taken off the route in question.

The inspection showed that the vehicles were breaking technical safety standards.

However, experts say that the most frequent violation of traffic rules performed by drivers of marshrutki is making an illegal turn from the wrong lane, cutting across other vehicles and putting the safety of passengers at risk.

Another common violation is that minibuses pick up and drop off passengers in illegal zones.

The city’s marshrutki also cause problems at bus stops near metro stations, which become crowded because they are often the final stop on the route. As a result, bus passengers have to step into the street in order to catch the bus they need.

Since the beginning of this year, six major traffic accidents involving marshrutki have been recorded, in which four people were killed and 30 injured.

During the first few days of this week in three separate incidents, marshrutki collided with trucks.

The latest accident took place on Tuesday when a marshrutka minibus collided with a truck while making a left turn toward the suburb of Pushkin on the Pulkovskoye Highway. Ten people were seriously injured in the accident and taken to hospital. The driver of the marshrutka did not yield to the truck.

I came within inches one day of being a Minibus statistic: I was watching the drivers face, (he never once looked at me). He was picking up his passengers and I was crossing at a crosswalk that he was parked in! I stepped into my crosswalk and he took off. (The door was still open on the minibus.) He never looked forward at me as he accelerated. He was too busy collecting money from passengers! I jumped back, hit the curb & fell down on the ground. The driver who never saw me, crossed to the wrong side of the road. A large bus had to slam on the brakes and go around the minibus. The minibus then crossed back to the correct side of the road and stopped in the middle of the lane to pick up more passengers. Then took off like a “Bat out of Hell” passing cars on a two lane road, against traffic…